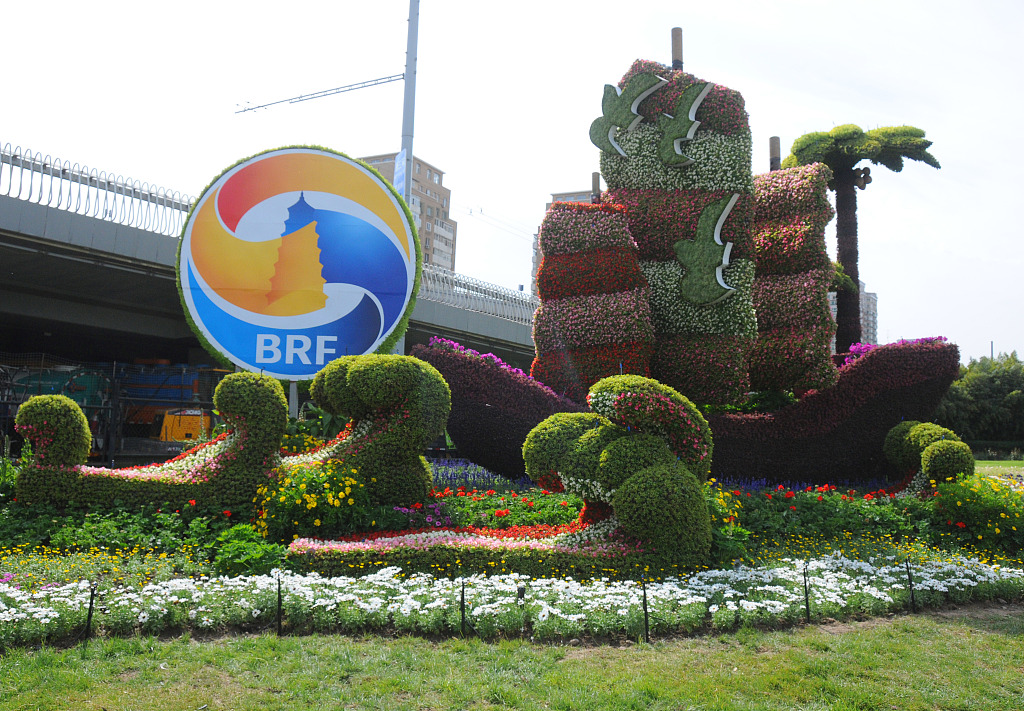 Ten years after the 2008 international financial crisis, the global economy has again reached a crossroads. World economic growth remains sluggish, and economic globalization is encountering headwinds. Besides, trade and investment tensions are on the rise, placing impacts on the global industry landscape and financial stability, and dampening the confidence of international investors.

More than ever, the world needs to uphold and champion multilateralism. Facing such situation, China is offering convincing and effective plans.

In the first half of 2019, Chinese President Xi Jinping attended three major diplomatic events at home and five international conferences, and made seven trips to foreign countries for state visits.

By grasping the general trend of development and focusing on the future of the world, the Chinese schemes offered by the Chinese President are injecting confidence to the global community and charting the course for world economy and global governance.

China’s achievements have strengthened confidence for the world economy. According to country’s half-year economic statistics of 2019 released recently, its GDP exceeded 45 trillion yuan (about $6.6 trillion), up 6.3 percent year-on-year. The growth was among the fastest in major economies.

The Chinese economy not only has maintained stability while making progress, but also is enjoying great potential, resilience and flexibility. It contributed over 30 percent to the world economic growth.

The world will do well when China does well. As the country maintains steady growth, its role as an anchor and engine for the whole world economy will become more prominent.

The second Belt and Road Forum for International Cooperation (BRF) started a new journey of high-quality development of Belt and Road cooperation. China has also taken a series of concrete measures including encouraging third-party cooperation, trilateral cooperation, and cooperation between the government and private capital, which further highlighted the inclusiveness and balance of development.

These measures have not only effectively activated the resources of developed countries, but also encouraged more developing countries and small and medium-sized enterprises to integrate into the global supply chain, industry chain and value chain, so that all parties concerned can benefit from international trade and investment.

At the G20 Osaka Summit, President Xi called on all parties to work together to build a high-quality world economy, persist in reform and innovation to find more impetus for growth, and progress with the times and improve global governance. He also asked all parties to rise up to challenges and break bottlenecks in development, and uphold partnership and resolve differences properly.

In pursuing high-quality development, all countries should resolve the common challenges, rise above geographic and man-made fences, and accommodate both immediate and long-term needs, so as to chart the course for overcoming challenges facing the world economy and have more people share the fruits of innovation and development.

Chinese wisdom is recalibrating the direction of global governance. “The history of human society is marked by a transition from isolation and exclusion to openness and integration. This is an unstoppable trend,” Xi said.

As a staunch advocate and defender of economic globalization, China actively encourages all parties to promote multilateralism and free trade.

In March, President Xi and European leaders discussed cooperation in global affairs, pooling strength for multilateralism. In June, Xi and the heads of state of Russia, Kyrgyzstan and Tajikistan strengthened the top-level design and outlined specific arrangements. They further consolidated the alignment of development strategies between China and Belt and Road countries, mapping out a blueprint for win-win cooperation in the new era.

At the historical juncture of the changing and complex international situation, President Xi made dialogue and discussions at the G20 Osaka Summit more cooperative, inclusive and win-win. He called on all parties to base themselves on common interests and focus on long-term development.

“We must not allow ourselves to become prisoners of short-term interests and make irrevocable mistakes of historic consequences.” Xi’s remarks have been well received inside and outside the venue of the summit. To advocate and practice multilateralism has become a consensus and common aspiration of most countries in the world.

China’s actions are creating opportunities for common prosperity. “A more open China will further integrate itself into the world and deliver greater progress and prosperity for both China and the world at large,” Xi said at the second BRF.

Especially in the current world when protectionism and unilateralism continue to impact multilateral cooperation, China, as the largest trading partner of more than 100 economies in the world, continues to expand opening-up, deepen reforms, enhance trade and investment liberalization and facilitation, and build an open world economy.

To this end, more will be done to open up the Chinese market wider. Greater initiative will be demonstrated in expanding imports. More steps will be taken to improve the business environment. Equal treatment will be extended to all foreign investment. Greater efforts will be made to advance trade talks.

With such confident proposals, China is putting into practice its commitment that its door of opening-up will not be closed and will only open even wider. These proposals also demonstrate the global vision of China to synergize its own development with the common development of the world.

“We, as the leaders of major economies, are duty bound to re-calibrate the direction of the world economy and global governance at this critical juncture, work together to boost market confidence, and bring hope to our people.”

Chinese President Xi’s remarks on global economy and trade at the G20 Osaka Summit are still resonating. The vision of the Chinese leader and the sense of responsibility of the major country are staunch forces to ensure that the ship of the global economy will finally sail to a brighter future.

China will open up further to embrace opportunities of development and seek win-win outcomes through closer cooperation. It will work with other countries in the world to promote an upright and clean environment for international cooperation, bring even brighter prospects for global development, and make unremitting efforts to boost lasting prosperity of the world economy.