BANDAR SERI BEGAWAN, July 23 (Xinhua) -- Brunei's Ministry of Defence and China's Ministry of National Defense, the Royal Brunei Armed Forces and the People's Liberation Army (PLA) have seen expanding and deepening contacts throughout the years, Wu Geng, Defence Attaché of the Embassy of the People's Republic of China in Brunei Darussalam said on Monday night. 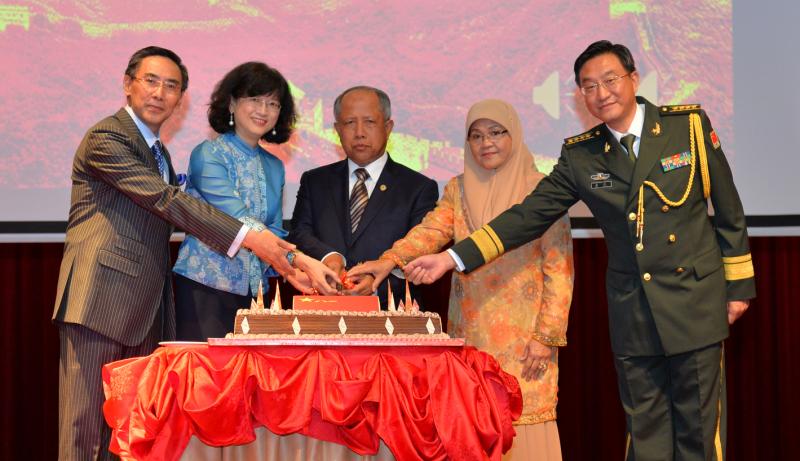 Speaking at a reception in Brunei to celebrate the 92nd anniversary of the founding of PLA, Wu said that there have been increasing contacts in the fields of high level visits, ship visits, multilateral joint exercises and personnel training between China and Brunei.

Around 300 guests from Brunei government, members of the diplomatic corps and the private sectors attended the event, including Brunei's Second Minister of Defence, Haji Awang Halbi and Commander of the Royal Brunei Armed Forces, Dato Paduka Seri Aminan.

In his speech, Wu highlighted that China and Brunei have enjoyed friendly ties since ancient time. Last November, Chinese President Xi Jinping successfully made his first state visit to Brunei and the bilateral relations have been upgraded to strategic cooperative partnership.

Wu reiterated that PLA is dedicated to safeguarding national sovereignty, security and development interests of China, and is ready to work with the armed forces of other countries to jointly respond to challenges, safeguarding the peace, security and stability in the Asian-pacific region and around world.