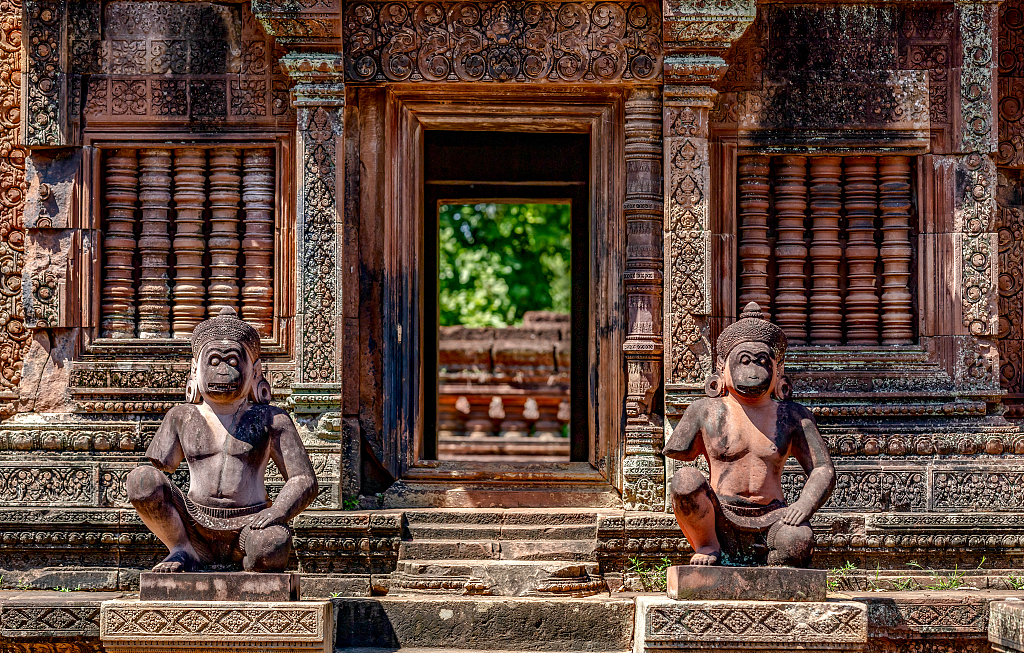 China and Cambodia are friendly neighbors, Li said during the meeting, noting that China supports Cambodia's choice of development path suitable to its national conditions and the Cambodian government's efforts in safeguarding sovereignty and security, as well as in growing the country's economy and improving the well-beings of its people.

The Chinese premier said China is willing to enhance high-level exchanges with Cambodia, and expand cooperation in various areas including infrastructure, so as to further promote the two countries' comprehensive strategic cooperation and bring more benefits to the two peoples.

Hun Sen congratulated on the 70th founding anniversary of the People's Republic of China, saying that Cambodia and China enjoy close and friendly relations and that he met with Li for several times this year.

Hun Sen spoke highly of the two countries' fruitful work in jointly building the Belt and Road and their effective cooperation in the field of law enforcement.

Cambodia stands ready to hold talks with China and sign a free trade agreement between the two countries as soon as possible, he said, adding that his country welcomes more investments from Chinese enterprises.