BRI NEWS China confident of coping with US defiance

China confident of coping with US defiance 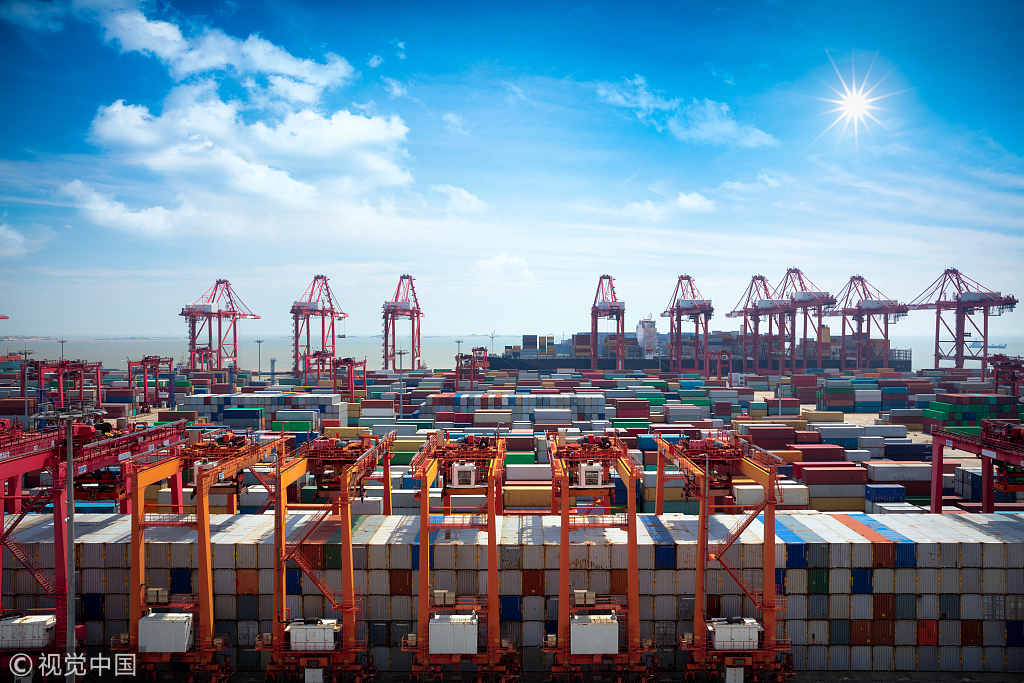 After the US announced the proposed list of Chinese goods that would be hit by tariffs, Chinese Ministry of Commerce and Ministry of Finance announced retaliatory measures on a similar scale.

This tit-for-tat trade dispute has entered the second round. The deadlock is likely to continue with possibility of escalation in the future.

1. China-US trade friction is, in essence, a game between major powers, and China will fight to the end.

Dispute between the two countries originates from trade. However, the nature of the controversy takes from a rift among major powers seen in the evolving political pattern.

China's decision to fight back against Trump's decision to give a fillip to US'major industries — part of his mid-term election strategy — shows Beijing's determination to defend national interests and promote reform and development.

Trade war is a projection of the major powers' game in the realm of trade, and the embodiment of a fight between a traditional major power and an emerging major power for future global leadership. China must fight back resolutely without compromising.

2. With prompt, specific and relentless retaliatory measures, China is confident and capable of coping with the US tariff onslaught.

The retaliatory measures show China's confidence. America's list includes high-speed trains, new energy vehicles, aircraft, and high-end devices, which is not very important in the list of exports to the US markets. Therefore, the tariff rise on these Chinese products has a rather weak effect on China’s economy. However, China is a major market for US’ soybean, automobiles and aircraft.

America tops the world in soybean output, and exports to China occupy as much as 60 percent of its total output in recent years. US’ export and agriculture will be hit if China puts up trade barriers, turning to South American countries such as Brazil and Argentina and its Strategic National Stockpile. Automobile and aircraft from European countries and Japan can have the same effect.

The current dispute is limited to China and the US. It's noteworthy that the Trump administration is trying to rope in its traditional allies including the UK, the EU, Japan and South Korea to follow Washington in making similar policies toward China. However, the alliance is not as consolidated to completely align its interests with Washington's. Though the US has temporarily exempted Europe from its protective tariffs, the negative effect of Trump's America First policy and the violation of international law is affecting its ties with other countries.

The visit paid by North Korean leader Kim Jong-un at a critical time reveals the peculiar role of China on the Korean Peninsula issue. The South Korean economy was affected by differences with China over the THAAD issue, which makes Seoul's actions unpredictable. China should use differences between the US and its allies to establish strategic alliance with Europe and South Korea so as to isolate the Trump group.

There is no winner in a trade war. China will never start one, and will never be afraid of attempts to undermine its core interests. China has the ability and confidence to cope with hardships with a powerful economic foundation, industrial  power, and a strategic buffer built up by the internationalization of RMB and the Belt and Road Initiative. China hopes that both sides have greater leeway for negotiation, keep communication channels clear and bridge differences, but will never compromise with national interest.

(Li Lu is a PhD on Economics in Renmin University of China.)