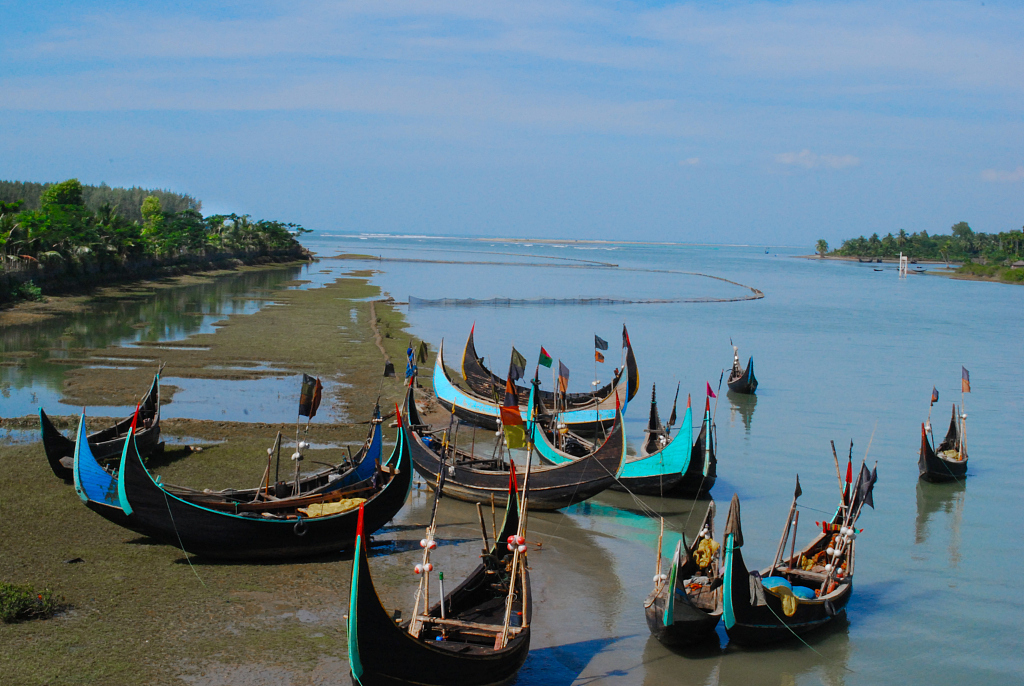 During the trip from Sept. 15-17, Li went to camps in Teknaf and Ukhia Upzilas in Cox's Bazar, including the one on "zero line" along the Bangladesh-Myanmar border. He also visited the terrestrial and waterside transit centers built by the Bangladeshi government, and walked into houses of the displaced people to listen to their concerns and demands.

The visit was the latest embodiment of China, as a good neighbor and friend of both Bangladesh and Myanmar, making efforts to mediate and facilitate repatriation in order to resolve issues related to displaced people from Rakhine State of Myanmar to Bangladesh, and it also demonstrated the strong determination of China to uphold peace and stability and to promote development and prosperity in the region.

In August 2017, violence erupted in Rakhine State, leading to large influxes of displaced people into Bangladesh to seek shelter.

As a responsible partner, China has been playing an important role in mediating between Bangladesh and Myanmar and facilitating the repatriation process as well as handling the crisis.

In November 2017, China proposed the three-phased solution to the problem, namely cessation of violence, repatriation and development, which has been welcomed by Bangladesh.

In past two years, China has been mediating between Bangladesh and Myanmar on various occasions, and trying its best to bring the two countries together in finding the way out.

Since August 2017, the Chinese government has provided 2,000 tents, 3,000 blankets and 20 million yuan (2.82 million U.S. dollars) worth of rice to Bangladesh to help the displaced people.

During his visit to the camps, Li said the Rakhine State issue is a long-standing one with complicated dimensions of history, ethnicity, and religion. He said it is China's firm belief that dialogue and negotiation between Bangladesh and Myanmar is the way forward, while the international community should play a constructive role as per the wishes of the two countries.

China is a friendly neighbor, and stands ready to mediate and facilitate repatriation in an active manner to help find a solution as soon as possible, Li said.

As a Chinese saying goes, neighbors are just like family members who stand by each other, and if the two neighbors and friends are in need of help, China will not shy away from it, Li added.