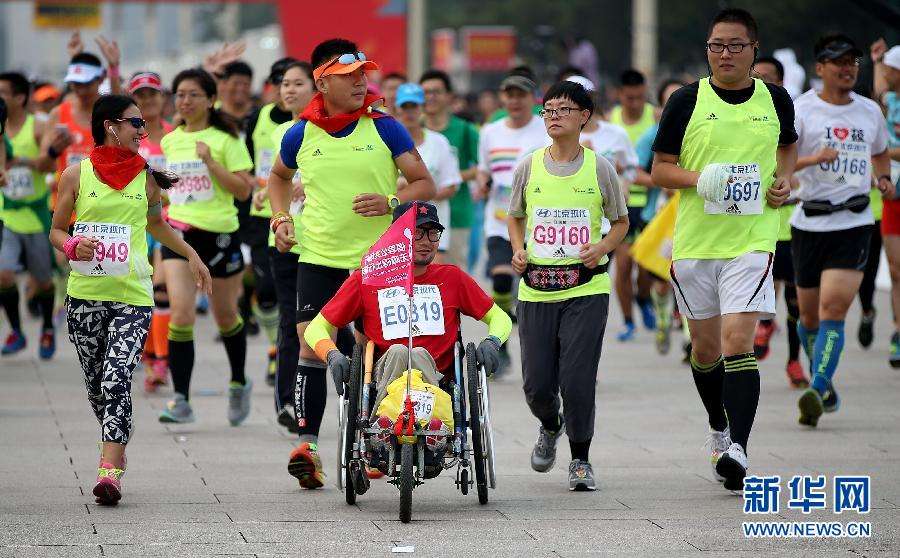 China will continue to carry out extensive fitness-for-all activities, which have thrived across the country since the country made a national fitness strategy in 2014.

As a result, Chinese people now do more exercise. The rising popularity of marathons in China is the epitome of such a trend.

According to a report issued by the Chinese Athletics Association last year, the country held a total of 1,581 marathons in 2018, which meant that 4.3 races were held on average every day, up 43.5 percent from a year before.

Another testimony is the rising number of active users on Keep, a mobile exercise app. It registered an average of 42 million monthly users between June and August.

Over recent years, China has adopted integrated measures to provide more sports facilities. In urban areas, public gymnasiums, parks and other sports venues are open to the public. In rural areas, the model of building one basketball playground and two table tennis tables has covered 570,000 administrative villages so far, and is set to reach another 50,000 shortly.

To implement its Healthy China initiative, the country will open up over 70 percent and 90 percent of school sports venues to the public by 2022 and 2030, respectively.

According to the initiative, the number of people frequently participating in physical exercise will increase to over 37 percent by 2022. The figure is set to rise to over 40 percent by 2030.