ROME, Nov. 3 (Xinhua) -- China has made great achievements in curbing hunger and increasing food security, both domestically and globally, since the launch of its reform and opening-up 40 years ago, according to Jose Graziano da Silva, Director-General of the UN Food and Agriculture Organization (FAO). 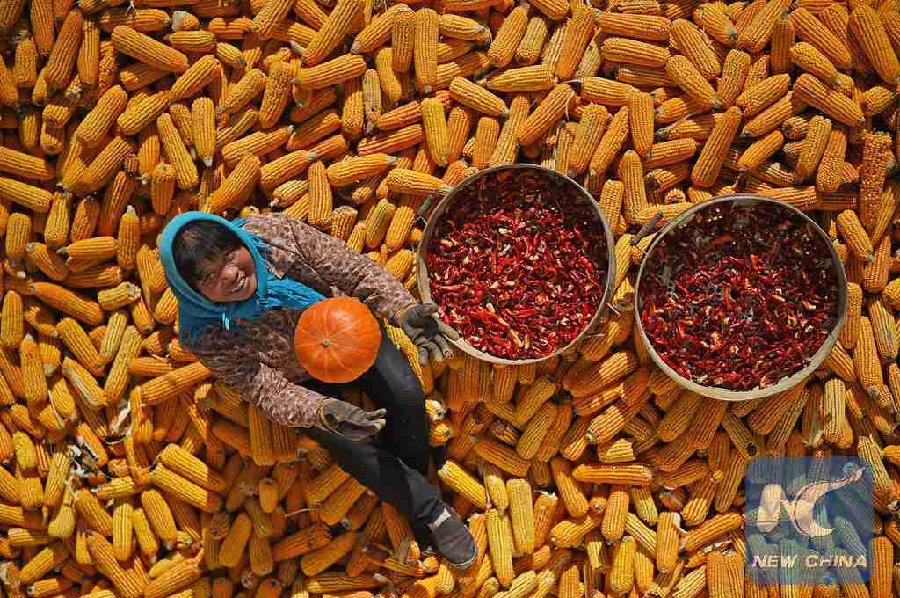 "When China began giving small farmers the possibility of having their own cultivations and selling a part of their products, we saw an increase in output and productivity," said Graziano da Silva, speaking of the reforms introduced in late 1970s in China in a recent interview with Xinhua.

Graziano da Silva recalled a famous 1995 book by Lester Brown titled "Who Will Feed China? Wake-Up Call for a Small Planet", in which the author claimed that China would not succeed in feeding its own population.

"But China did succeed, thanks to this change of policy," the FAO chief commented.

China lifted 80 million people out of hunger in what Graziano da Silva called "the most successful program that I know of in the world".

The world produces enough food to feed everyone, yet one in nine people goes hungry and 821 million people are chronically undernourished, said the FAO's 2018 World Food Security report.

About 9 percent of them lives in China, down from 15.5 percent in 2007, Graziano da Silva said, adding the progress "is closely related to what China is doing to eradicate poverty, especially in rural areas".

Graziano da Silva, who designed and implemented a Zero Hunger program that lifted 28 million people out of poverty in 10 years in his native Brazil, said that China's program using reforestation to combat poverty along the Mongolian desert became "an example for my country".

The FAO chief first visited China in 2007, and described his "surprise at the degree to which the Chinese farmers -- especially Chinese women -- take care of their farms".

"They are very dedicated," said Graziano da Silva, adding he was impressed by their sustainable farming practices.

"It was one of the first times that I saw first-hand an integrated vegetable production process," he recounted.

"They grow tomatoes and other vegetables in greenhouses, and they use all the food waste to feed the pigs, and all the pigs' waste to generate gas which is used to heat the greenhouses. It's a highly sustainable system (and) a very innovative approach that came from the farmers themselves ... and this approach caught my attention."

In terms of global food security, Graziano da Silva said China is helping the FAO with its South-South cooperation programs in Africa, where many countries suffer famine, and drought in particular due to climate change.

The FAO is working with Chinese scientists to come up with drought-resistant varieties of rice, a staple food in many parts of Africa.

"The Chinese have this scientific knowledge, but ... it's not a machine, that can you move from China to Senegal for it work," Graziano da Silva said. "The varieties of rice need to be adapted, so we need experiments and research to be carried out locally, and Chinese experts are cooperating extensively with the FAO in this endeavor."

In 2006, China was the first country to establish a strategic alliance with the FAO on South-South cooperation, and today more than 1,000 Chinese experts and technicians have supported 37 countries in Africa, Asia, the Pacific, Latin America and the Caribbean on agricultural issues, according to the FAO.

Graziano da Silva added that China's current Belt and Road Initiative (BRI) could be a boon to Africa, where some populations go hungry not due to lack of food but lack of infrastructure.

"The BRI is providing support for countries such as Malawi, for example, they produce enough food, but they lose half of it due to lack of storage," the FAO chief said. "So we believe that infrastructure (projects) that are part of the BRI can help a great deal to improve food security and reduce food loss and waste, which in turn will also reduce pressure on natural resources."

The cooperation between China and the FAO continues to develop. On Nov. 2, Graziano da Silva announced plans to establish an International Center of Excellence for Agriculture Innovation and Rural Development in Beijing. The aim is to put efforts on a faster track towards the FAO's Zero Hunger goal by 2030, the FAO said in a statement.