Among the equipment were competition knives, sticks, swords and protective gear. 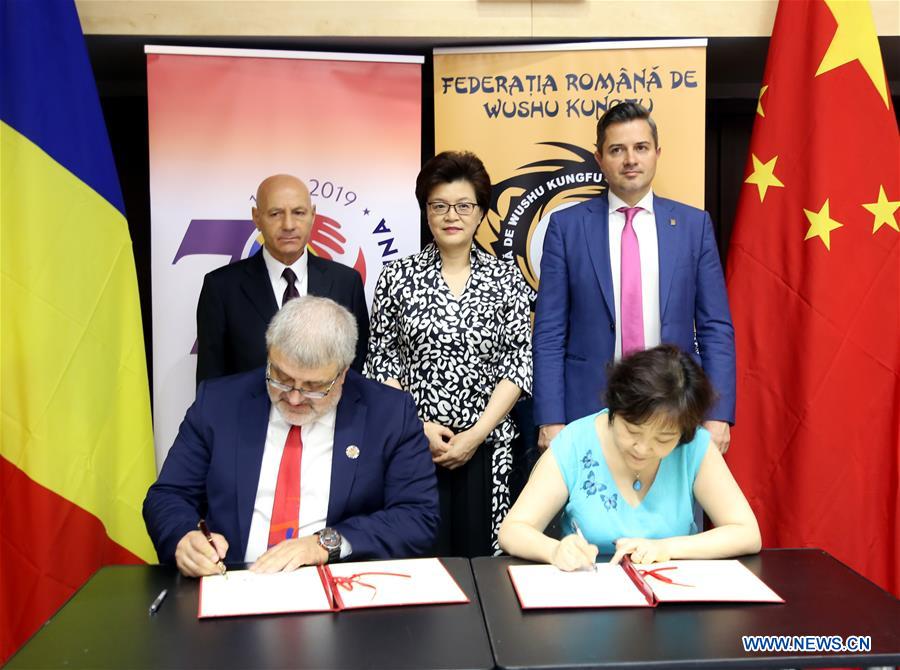 Cosmin-Razvan Butuza, State Secretary of the Romanian Ministry of Youth and Sports, expressed his gratitude to China for supporting the sport in Romania, saying martial arts is a sport that can both strengthen the body and improve intelligence.

Chinese Ambassador to Romania Jiang Yu said that Chinese martial arts or Wushu has a long history and is widely loved by people all over the world for its spirit of unity between nature and humanity.

She hoped that the donation made by the Chinese Wushu Association will help Romanian enthusiasts to better practice the sport and improve their training.

The ambassador also thanked the Romanian federation for their outstanding efforts to promote the Chinese martial arts and to deepen bilateral exchange and cooperation between the personnel concerned.

The Romanian federation president Ion Benea said that Chinese martial arts is the diamond on the necklace of the Chinese culture, and nowadays Wushu belongs not only to China but also to the whole world.

Chinese Cultural Counselor Zhao Li and Secretary General of the Romanian federation Petru Grindeanu, attended the ceremony signing the documents on behalf of their respective countries.

Besides, the Romanian federation also hosted the "2019 Romanian Wushu Championships" to mark the World Martial Arts Day, with more than 100 athletes participating.