China-Egypt Suez Economic and Trade Cooperation Zone, located along the Suez Canal Corridor of Egypt, has become a flagship project of China-Egypt cooperation under the framework of the Belt and Road Initiative (BRI) after 10 years of dedication from Chinese enterprises as well as the efforts from the Egyptian side. 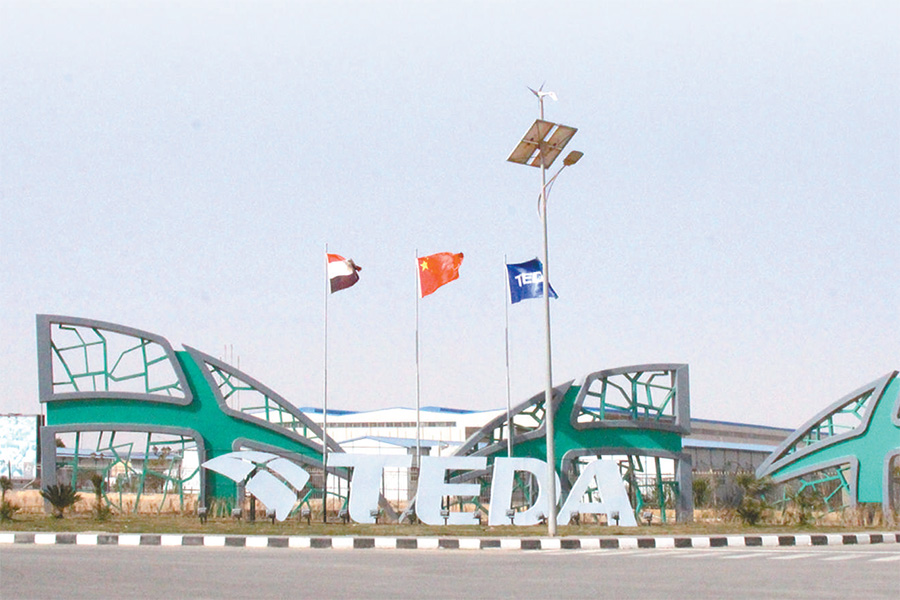 The site of the cooperation zone, which used to be a desert, has turned into a new industrial park with large numbers of factories and clean streets.

Now, new construction materials, high and low-pressure equipment, petroleum devices, and machinery manufacturing are four major industries in the cooperation zone, and some of the enterprises there have become a leading force for Egypt’s industrial development. Apart from bringing huge economic benefits, they are also improving technical levels of related industries for the country.

The cooperation zone, located near the Red Sea, covers 1.34 square kilometers and another 2 square kilometers are under the plan. Now, it has attracted 80 enterprises with an actual investment of over $1 billion. It has also achieved more than $1 billion in sales and paid taxes to the country’s government totaling 1 billion Egyptian pounds ($57 million).

China Jushi Co., Ltd, a giant producer of fiberglass, is one of the earliest enterprises that came to the cooperation zone. As the only production base of fiberglass in Africa, the company has created trade volume of over 100 million Egyptian pounds in both upstream as well as downstream industries Furthermore, they have earned $180 million through export for Egypt during 2017.

Last year, Jushi’s new production base, which is able to produce 200,000 tons of fiberglass per year went into service, making Egypt the world’s third-largest fiberglass producer. 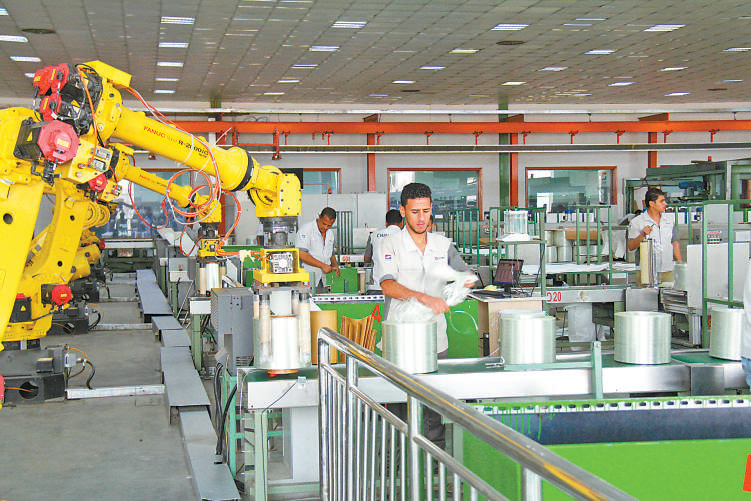 Workers in a workshop of Jushi Jushi Co., Ltd

Zhang Yuqiang, president of the company, attributed the success of their projects in Egypt to the BRI as the strategy has significantly boosted China-Egypt industrial cooperation and development of Chinese enterprises.

Reports confirmed that the cooperation zone has directly created over 3,500 local jobs, and drawn more than 30,000 people to work in related industries.

“We only have 25 Chinese workers, and the remaining 350 staff members are all Egyptian,” said Wang Shaijian, vice president of the Egyptian branch office of China Hengshi Foundation Co., Ltd. specialized in manufacturing fiberglass fabrics.

He introduced that after receiving various kinds of training from the Chinese side, the local workers could not manage production on their own.

A man surnamed Walid, who came to Hengshi after graduating four years ago, has grown into an experienced workshop director. He said that his life has been greatly improved since he started working there and his salary has been raised several times over the years.

“We hope to exchange with our Egyptian friends and help them in aspects of technology and management as much as we can although Chinese culture and Egyptian culture vary from each other,” said a staff member from Jushi.

Mahfouz Taha, former vice chairman of Suez Canal Economic Zone, said that the cooperation zone is important for building the 21st Century Maritime Silk Road. It has driven the infrastructure development in Egypt and has become a prime example of Egypt-China economic and trade cooperation.

“The BRI has closely bonded the two peoples as well as economic and cultural development in the two countries. We hope to see China and Egypt conduct more cooperation under this framework moving forward,” he added.