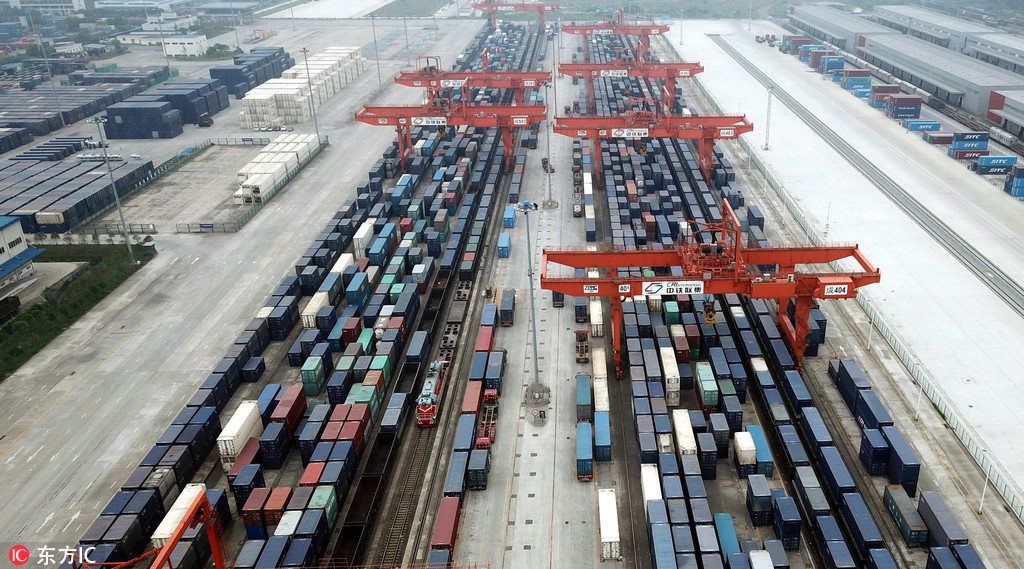 The following is an edited translation of a commentary from the Chinese-language "Commentaries on International Affairs."

The seventh China-EU High-level Economic and Trade Dialogue was held in Beijing on Monday. The talks, co-chaired by China’s Vice Premier Liu He and European Commission Vice President Jyrki Katainen, were fruitful, and consensus was reached on several issues during what have been the highest-level trade talks between the two sides.

Both China and the European Union expressed firm opposition to unilateralism and trade protectionism, and agreed to safeguard the multilateral trading system based on the World Trade Organization. This consensus not only reflects a responsible approach by China and the European Union, two of the world’s major economies, but also demonstrates that they want to defend themselves against the threats of trade protectionism made by the US.

This dialogue took place at a time when both China and the European Union are under the dark cloud of a potential trade war. The United States has threatened to impose additional tariffs on imports from China worth about 250 billion U.S. dollars, and in May it started imposing tariffs on steel and aluminum imports from the European Union. It has also threatened to slap an additional duty of 20 percent on European cars.

This year marks the 20th anniversary of the China-EU agreement to hold an annual meeting of their leadership, as well as the 15th anniversary of the creation of the China-EU comprehensive strategic partnership. The European Union is China’s largest trading partner: the volume of bilateral trade in 2017 reached 617 billion U.S. dollars, accounting for 15 percent the value of China’s foreign trade, up from 13 percent in 2013.

A few days ago, a report released by the European Union Chamber of Commerce in China showed that 66 percent of the companies surveyed generated more income last year than they did in 2016. Two-thirds of the companies were optimistic about growth, an increase of six percentage points over the previous year. The report says that the main reasons for the improving incomes of these European enterprises in China were the growing maturity of the market in China, improved protections for intellectual property rights, the increase of consumer demand for high-quality products and services, and the increasing attraction of China's research and development environment.

Entrepreneurs have seen the results of the China-EU high-level economic and trade dialogue, which includes strengthening ties between the Belt and Road Initiative and the European development strategy. There has also been stronger cooperation in the digital economy, climate change policy, and in the finance and agriculture industries. Undoubtedly, these measures will bring new opportunities for entrepreneurs in both China and the European Union. This deepening relationship brings the two sides closer, and makes them more resilient to external pressure such as those resulting from the United States’ unilateralist policies.

The relationship between China and the European Union has become a model of mutual understanding and benefit, and win-win cooperation. This stands in stark contrast to the approach of many of the politicians in Washington, who embrace the "America First" policy, and in doing so push the United States into increasing isolation.