SHANGHAI -- China has entered into a critical period of 5G network construction with more than 550,000 5G base stations expected to be put in operation nationwide by the end of 2020, Wang Zhiqin, deputy director of the China Academy of Information and Communications Technology (CAICT), said in an article published Wednesday. 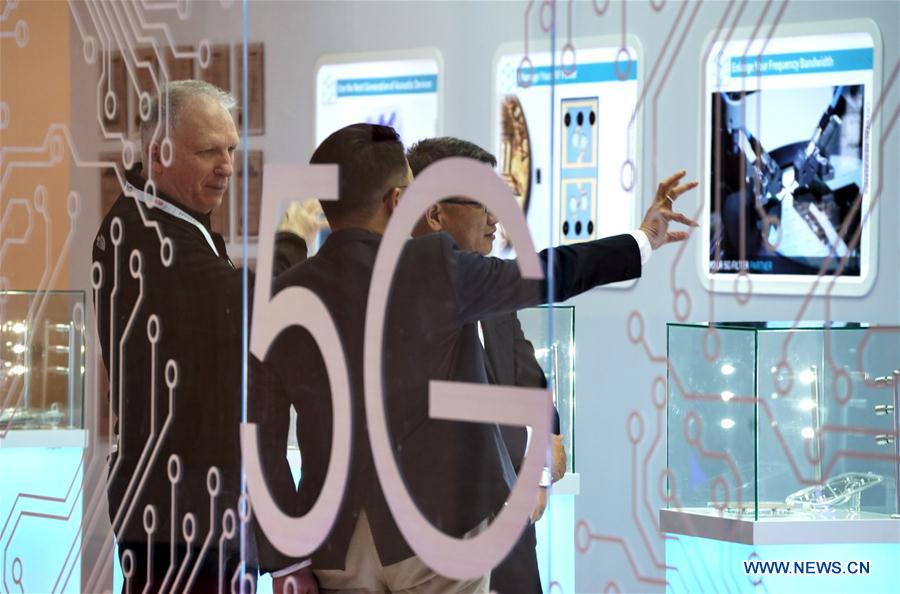 Prefecture-level cities are expected to achieve continuous outdoor connection of the 5G network within the year, with key areas in counties and townships to be covered, as well as coverage of major indoor scenarios, Wang said.

China's three major telecom operators have built about 156,000 5G base stations as of early February, according to the article, which also estimated total investment on 5G network construction will reach 1.2 trillion yuan (about $173.3 billion) by 2025.

Wang said that 5G network construction will also drive investment on applications not only in the upstream and downstream along the industrial chain but other industries, which is expected to exceed 3.5 trillion yuan in the next five years.

Telemedicine and smart robots using 5G technology have come from trials into front-line practices on the battle against the novel coronavirus, while remote office solutions and online teaching also contributed to quarantine efforts as well as the resumption of work and production, Wang said.

With a solid industrial foundation and maturing commercial products, the CAICT is expecting China's 5G industry to directly create over 3 million jobs as of 2025, with aggregate information consumption brought by 5G commercialization surpassing 8.3 trillion yuan.