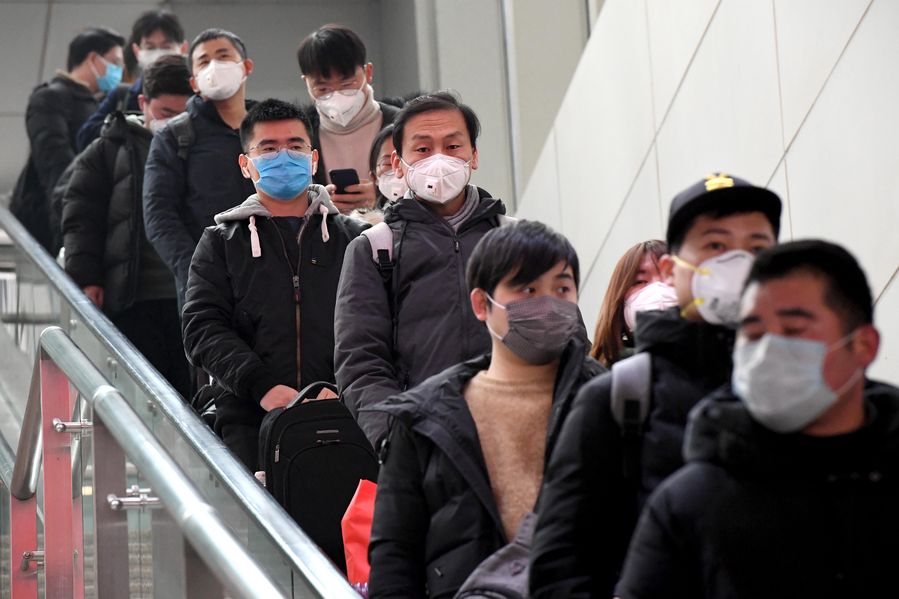 BEIJING, Feb. 15 (Xinhua) -- China will see a 45-percent drop of trips over the annual Spring Festival travel period due to the COVID-19 outbreak this year, and there will not be a "peak" of travelers in the coming days like years before, officials said Saturday.

From Jan. 25 to Feb. 14, a total of 283 million passenger trips were made across the country, with 13.48 million per day, down 82.3 percent compared with the same period last year, Liu Xiaoming, vice minister of transport, said at a press conference in Beijing.

There will be no large-scale flows of travelers in return trips during the holiday travel rush this year, with the peak of travelers estimated at 15 million per day, one-fifth of the average daily trips, Liu said.

The Spring Festival travel rush, also known as chunyun, lasts for 40 days from Jan. 10 to Feb. 18 this year.

The majority of passengers over the following days are expected to be migrant workers returning to their urban jobs and students beginning their classes, said Liu, predicting that those who travel before the end of February will be mostly migrant workers.

This migrating population is estimated to make around 300 million trips, about 80 million of which have been completed, some 120 million to be made by the end of February and the remaining roughly 100 million after March, he said.

The prediction shows that trips made by students will amount to 100 million before the new semester starts, the date of which is yet to be determined, according to Liu.

"Multiple measures on staggering return trips have been implemented to lower the risks of epidemic transmission, and they are producing notable results," Li Wenxin, vice general manager of the China State Railway Group Co., Ltd.

The number of passenger trips made by air also dropped sharply, and from Jan. 25 to Feb. 14, civil aviation transported 470,000 passengers per day, a quarter of the number from the same period last year, said Li Jian, deputy head of the Civil Aviation Administration of China (CAAC). 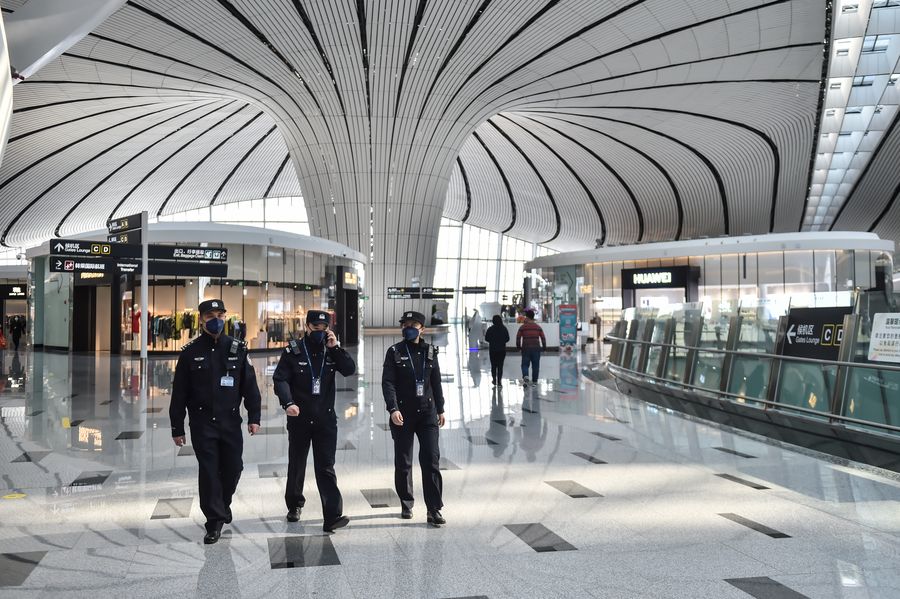 "The downward trend is expected to continue from Feb. 15 to 23, with less than 40 percent of seats filled," said Li, the CAAC official, adding that since Jan. 21, more than 20 million flight tickets worth over 20 billion yuan (2.86 billion U.S. dollars) have been refunded free of charge by domestic and foreign airlines.

In order to lower the risks of infection on airplanes, flights with high passenger numbers will transfer to bigger aircraft to space out travelers or add more flights, the CAAC official said.

All travelers who enter and exit airports will go through body temperature screening, he said, adding that airplanes have been equipped with medical packages for treating the disease and a technical guide for flight attendants to attend to travelers with a fever has been drafted.

Ventilation and disinfection have been intensified at airports. Aircraft will be thoroughly disinfected after each flight, according to the CAAC official.

Railway departments have established a set of holistic and scientific procedures to deal with fevered passengers on trains, said Li, the railway company manager.

On each train, there is a temporary isolation zone reserved for passengers identified to have caught a fever during the journey. People found to have a fever will be immediately put in the isolation zone and then transferred to disease control departments for further medical screening and treatment, he said.

"If the fevered passengers are confirmed or suspected to have been infected with COVID-19, we will disclose information of close contacts to local disease control departments for investigation at the earliest possible time," said Li, the railway company manager.