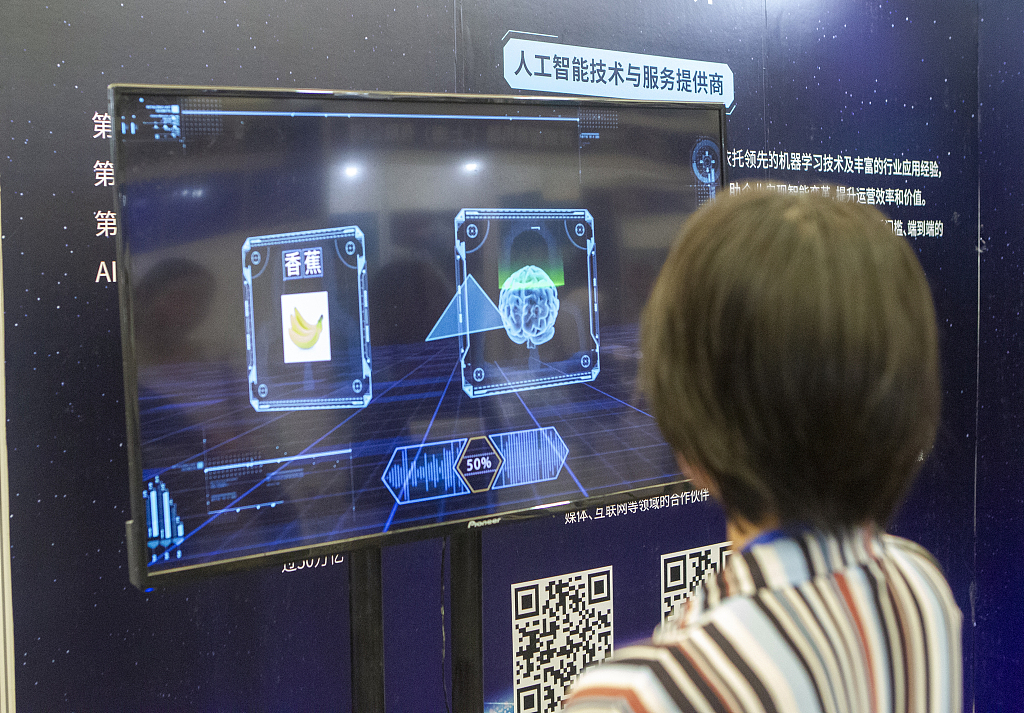 CHONGQING, Aug. 26 (Xinhua) -- Look straight at the door and in seconds, it opens. Curious visitors have been lining up to experience the smart security door at the ongoing 2019 Smart China Expo, which opened Monday in southwest China's Chongqing Municipality and will last until Thursday.

The door was developed by the Chongqing Mexin (Group) Industry Co. Established 30 years ago, the company focused only on traditional security doors in its first 10 years.

With the rapid development of China's smart industry, the company has invested heavily in the research and development of intelligent security doors over the past few years.

"China has over 300 million households, but less than 5 percent of them use smart locks. Compared with over 70 percent in Japan or the Republic of Korea, China has huge market potential," said Xia Mingxian, chairman and general manager of the company.

The company started to develop smart locks in 2016, and launched the first smart lock last year. So far, the company has developed more than 30 types of smart locks.

Representatives including heads of international organizations, academics and high-level enterprise officials from nearly 60 countries and regions, and more than 800 domestic and foreign enterprises are in Chongqing attending the expo.

The Sino-Singapore (Chongqing) Connected Smart Tourism Co. brings its new product to the expo. In the booth, a worker introduced a smart tourism service platform, which allows tourists to use functions of free smart guide, translation, and navigation, through a mobile phone application.

"I always have a lot of worries when visiting a new place as a stranger. But this time in Chongqing, I just found it's unnecessary," Li Li, a tourist from Yunnan Province, said after using the platform.

With the help of the application, the journey in Chongqing was full of joy and convenience, she said. "I don't have to queue up for hours to eat in those popular restaurants and scenic spots."

In Xiaomi's experience hall, Wang Jingqiang was impressed by the smart home system. As soon as Wang entered the area, the system autonomously turned on the lights, opened the curtains, and the air conditioners automatically adjusted to a comfortable temperature.

"Smart home systems allow you to control the furniture and appliances while lying in bed. It makes life safer, more convenient and comfortable. They are especially suitable for middle-aged and elderly people," the 60-odd-year-old said.

Pony Ma, CEO of China's internet giant Tencent, said China's smart industry has expanded from the economic field to the daily life and government affairs. "It has begun to cover all aspects of life."

International competitions, including a self-driving vehicle challenge, an international drone racing competition, and a big data open innovation application contest will be held at the expo, with the participation of 415 overseas teams and contestants from 21 countries and regions.

More than 20 new technologies and products will be released at the expo.