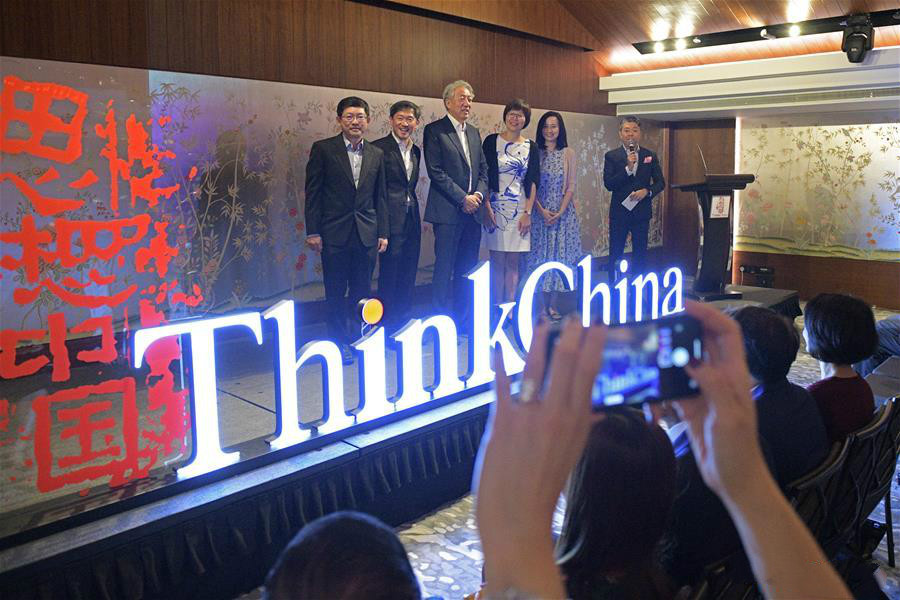 Called ThinkChina, the free e-magazine is published by the Chinese Media Group of Singapore Press Holdings (SPH). The launch was officiated by Teo Chee Hean, Senior Minister and Coordinating Minister for National Security.

The magazine will curate and translate China-related content from SPH's flagship Chinese daily Lianhe Zaobao, which has been covering the growth and development of China for decades. The publication will also include contributions by local scholars in various fields such as politics, economics, business and culture, said Lee Huay Leng, head of SPH's Chinese Media Group.

Lee said that the launch of ThinkChina builds on Zaobao's long-standing efforts to increase its coverage of China's current affairs, such as its revamp to form the dedicated Zaobao China section in 2003.

"Sixteen years on, China's presence and influence in this region and the world has strengthened and deepened, and it is even more important today to have a deeper and broader understanding of China," said Lee in her welcome address.

On the decision to launch an English publication, Lee said it is important to give English language readers "a sense of the China that we know."

"Zaobao hopes to break the language and cultural barrier, provide our perspectives and contribute to the understanding of China among English language users in Singapore and the world," she added.

In his address, Teo said that the rise of China has captured the attention of global readers and it "represents one of the most fundamental shifts in geopolitics and the world economy in the past few decades."

He added, "A better appreciation of China, its history and culture and its driving forces, ambitions and goals, helps us understand what trajectory China will take."

Wang Gungwu, Chairman of the Board of Trustees at ISEAS-Yusof Ishak Institute and University Professor at the National University of Singapore (NUS), also delivered a keynote address on China's reform and development at the event.

One of the stories carried by ThinkChina is titled "Why the World Needs the BRI", an article by Gu Qingyang, an associate professor of the Lee Kuan Yew School of Public Policy at NUS, on the China-proposed Belt & Road Initiative, also known as BRI.

The event was attended by around 140 people from governmental departments, business associations, embassies and schools, including Singapore's Senior Parliamentary Secretary for Home Affairs and National Development Sun Xueling and Hong Xiaoyong, the Chinese Ambassador to Singapore.