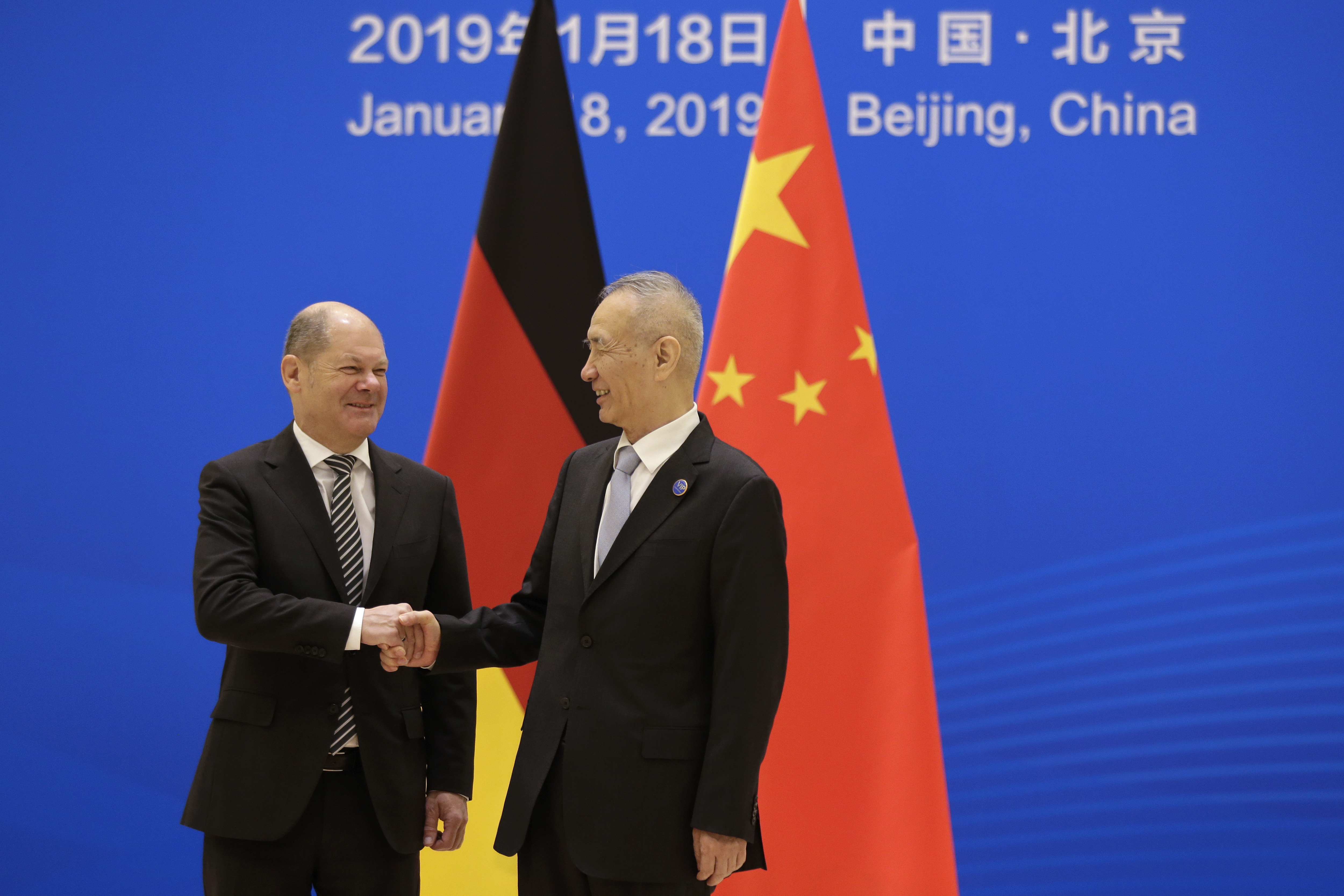 The dialogue, co-chaired by Chinese Vice Premier Liu He and German Vice Chancellor and Finance Minister Olaf Scholz, has achieved 34 mutually beneficial results, according to a press release after the dialogue.

Both sides agreed that in the context of increasing world economic uncertainties, it is of great significance to the economic development of both China and Germany as well as Europe and the world for the two countries, as two major economies, to strengthen macroeconomic policy communication and coordination.

The two sides pledged to jointly uphold multilateralism and free trade rules, and firmly support the rule-based and multilateral trading system with the World Trade Organization (WTO) as the core, said the press release.

The two sides agreed to strengthen cooperation under multilateral frameworks such as the Group of 20 (G20) and the Asian Infrastructure Investment Bank (AIIB), and support the alignment of China's Belt and Road Initiative with the Eurasian connectivity strategy and European infrastructure planning.

"The financial cooperation between China and Germany is of great importance. The two sides should strengthen policy exchanges, expand the two-way opening of the financial sector, promote the connectivity of capital markets, and implement their consensus," said Liu.

During the dialogue, the two sides signed three documents on the cooperation of central banks, bank supervision and stock and futures market supervision.