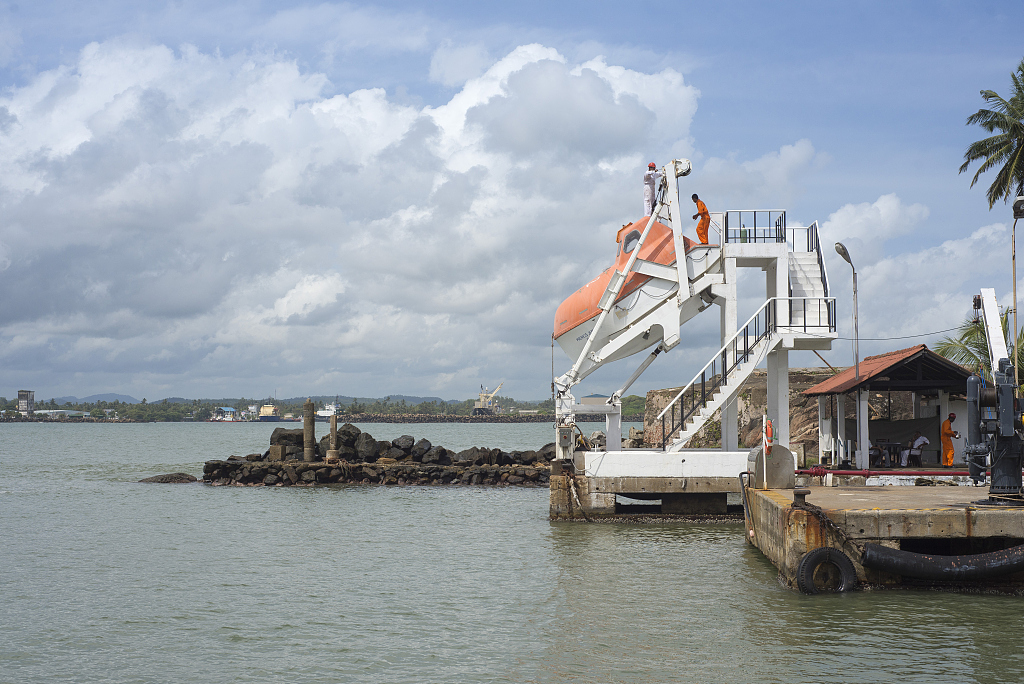 President Sirisena handed over the commissioning warrant to the captain of the frigate and later went around the vessel showing keen interest in its equipment. He thanked the Chinese government for donating a capital ship with advance sensors and weaponry to the Sri Lanka Navy.

Named after a great Sri Lankan King Parakramabahu, the frigate is 112 meters long and 12.4 meters wide, has a full displacement of 2,300 tons and can carry 110 officers and sailors.

The new vessel will be attached to the Eastern Naval Command of Sri Lanka Navy based in Trincomalee, in eastern Sri Lanka. The ship will be utilized as an offshore patrol vessel for patrol and surveillance missions in the deep seas around the island, providing the maritime security and assistance to search and rescue operations.

The frigate was handed over to Sri Lanka Navy at Shanghai in June and arrived in Colombo on July 8.