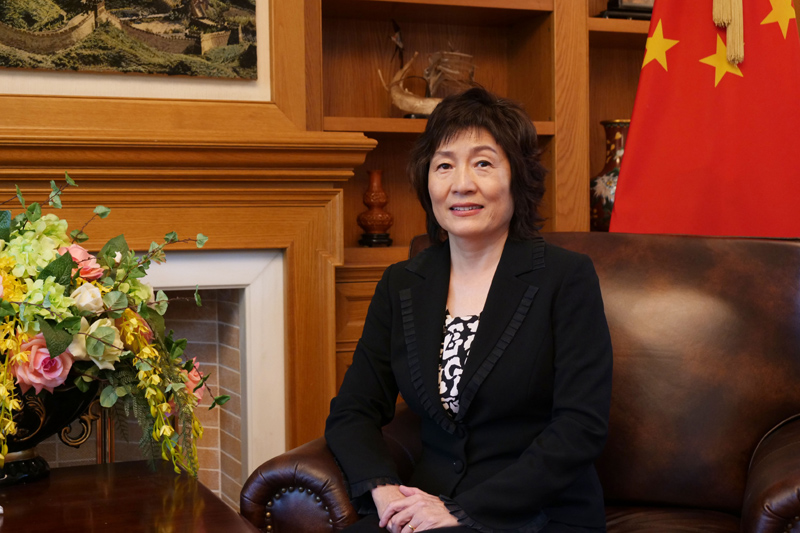 China-Greece relations could serve as a paradigm for peaceful co-existence and win-win cooperation between countries of different sizes, systems or cultures, Chinese Ambassador to Greece Zhang Qiyue has said.

On the relations between China and Greece, Zhang said that mutual respect, trust, understanding and support have contributed to the steady and healthy development of a bilateral relationship continually energized with new impetus.

She made the remarks in an interview with Xinhua ahead of the upcoming state visit by Chinese President Xi Jinping to Greece.

China and Greece established diplomatic ties in 1972 and a comprehensive strategic partnership in 2006.

Zhang said the two countries agree it is in their fundamental interests to maintain world peace and seek common development, with same or similar stances taken on such key global issues as free trade and multilateralism.

In August 2018, Greece became the first developed European country to sign with China a Memorandum of Understanding to jointly advance the construction of the Belt and Road. In April this year, Greece joined the cooperation mechanism between China and Central and Eastern European Countries (CEEC) as a full member.

The Greek moves have enabled platforms for furthering bilateral ties, Zhang said, and its development strategy to build a regional hub of connectivity is in line with what the China-proposed Belt and Road Initiative (BRI) and the China-CEEC cooperation mechanism are meant.

With progress being made in the BRI cooperation on sectors including infrastructure, transport, energy, communications and finance, bilateral cooperation has become a paradigm for mutually beneficial cooperation between countries with win-win results, said the ambassador, adding that frequent cultural and people-to-people exchanges have consolidated the foundation for the development of China-Greece ties.

Xi's upcoming state visit to Greece will mark a new chapter to be opened in the development of bilateral ties, Zhang noted.