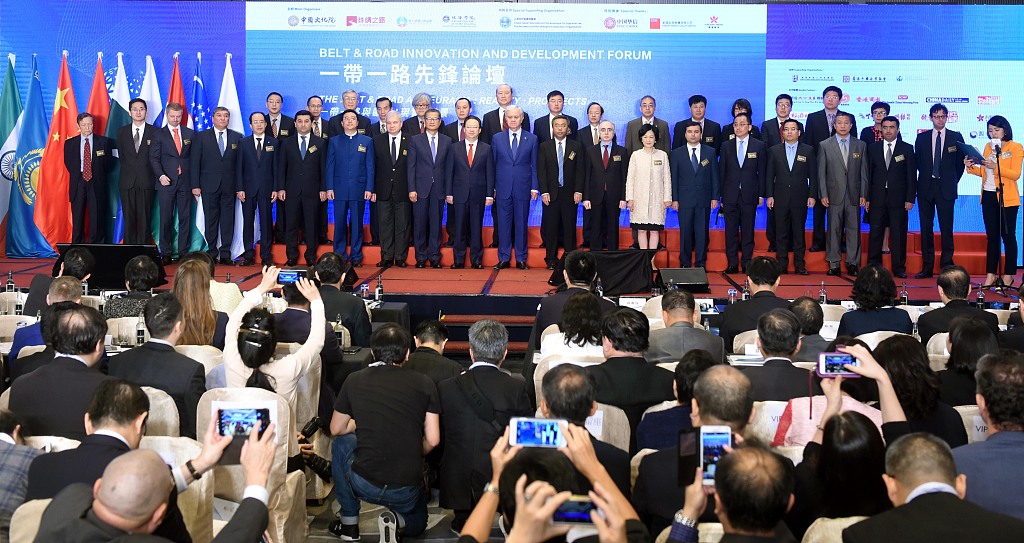 Editor's note: Xi Jinping Thought on Diplomacy is the fundamental guideline for China's diplomatic work in the new era. China Daily is publishing a series of stories to examine how Xi's proposals have become internationally accepted and made great contributions to world peace and human progress.

When Brenda Kazule returned to Zambia after completing her master's degree at the Institute of South-South Cooperation and Development at Peking University in June of last year, she had a thick book in her unwieldy baggage.

Kazule, a traditional-affairs officer from Muchinga province, said the book - Xi Jinping: The Governance of China - is important to her because it gave her insights about China's development as well as the governance of the world's most populous country by the Communist Party of China, and she wanted to share it with her colleagues.

Since Xi Jinping was elected as general secretary of the Communist Party of China Central Committee in November 2012 and president of China in March 2013, the country's diplomacy has opened new prospects and achieved new progress.

The book is a collection of several dozen speeches and essays by Xi on a variety of topics. It interprets the concepts and principles of the top CPC leadership's governance and also helps foreign people better understand China's development path, its domestic and foreign policies and responses to international concerns about the country.

Kazule said what impressed her most about the book was the country's targeted poverty-reduction policy and Xi's vision on building a community with a shared future for mankind.

If poverty alleviation efforts aim to solve a problem in China, the vision of building a community with a shared future for mankind paints a picture of the whole world working together for common development and prosperity - as in a global village, where all countries have a common destiny, she said.

"China continues to promote the exchange and sharing of China's experience in development-oriented poverty alleviation in an effort to join other countries in implementing the United Nations' 2030 Agenda for Sustainable Development and building a community with a shared future for mankind, where people are freed from poverty and can achieve common development," Kazule added.

When Xi visited the United Nations Office in Geneva in January 2017, he delivered a keynote speech, Work Together to Build a Community with a Shared Future for Mankind. In the speech, he called for building an open, inclusive, clean and beautiful world that enjoys lasting peace, universal security and common prosperity, and he explained how countries can build such a community.

The vision of building a community with a shared future for mankind, together with the idea of building a new type of international relations featuring fairness, justice and win-win cooperation, is the overarching goal of the nation's major-country diplomacy with Chinese characteristics.

Li Xiangyang, president of the National Institute of International Strategy at the Chinese Academy of Social Sciences, said there remains an insufficient level of democracy in the existing global governance system, and Xi's vision tries to provide a solution to problems in existing multilateral mechanisms.

At a time when the international system is challenged by unilateralism and protectionism, there is an urgent need to improve the global governance system based on the principle of joint contributions for benefits shared by all, Li said, adding that Xi's vision serves as guidance for that purpose.

The vision sees countries forging partnerships in which they treat each other as equals and engage in mutual consultation and understanding, and create a security architecture that features fairness, justice, joint contribution and shared benefit.

In addition, the vision calls on countries to promote open, innovative and inclusive development that benefits all, increase exchanges between civilizations to enhance harmony, inclusiveness and respect of differences, and build an ecosystem that puts nature and green development first.

"These five aspects, taken together, constitute the overall approach to creating a community with a shared future for mankind, depict a bright future for the progress of international relations and represent a major innovation in the theory of major-country diplomacy with Chinese characteristics," wrote Wang Yi, state councilor and foreign minister, in an article posted on the website of the Ministry of Foreign Affairs.

Over the years since Xi proposed the vision in 2013, China has been working to find ways to make it happen. Even as a "zero-sum game" mindset and "winner-takes-all" strategies prevail, China is showing the world that the real story of business is not black or white, and win-win results can be realized.

As some Western countries move backward by erecting "walls", China is working hard to build "bridges" by promoting multilateralism for open and inclusive development, analysts said.

Jin Canrong, a professor of international studies at Renmin University of China, wrote in an article that common development, universal security and shared governance are key elements of the new type of international relations, while a community with a shared future calls for equality, mutual respect, mutual benefit and win-win cooperation among nations.

The Belt and Road Initiative has been a platform for building the community with a shared future for mankind and also a new path to improve global governance and increase mutual understanding between different civilizations.

By the end of July, 136 countries and 30 international organizations had signed cooperation agreements with China on jointly building the Belt and Road.

Miguel Angel Sanchez, general secretary of the Colombian Liberal Party, said the strategic purpose of the BRI is to align with China's development strategy, with participating countries achieving high-level, high-quality cooperation so as to improve people's livelihoods.

It does not mean building an independent bloc with China at its center, but rather, it aims to secure common development while respecting cultural diversities, Sanchez added.

China has made it clear that it strives to develop by upholding and maintaining world peace through its development. Xi has said on a number of occasions that China will do well only when the world does well, and vice versa.

China doesn't care only about itself, and it adopts a win-win approach that delivers tangible benefits to countries, Gill said, adding that Seychelles is also a beneficiary of cooperation with China.

Analyzing the international situation, Xi has said the world is undergoing complex and profound changes unseen in a century as the trend toward multipolarity and economic globalization is surging and a new round of scientific and industrial revolution is in the making, with information technology applications continuing to make progress.

Musa Emmanuel Umar, senior fellow at Nigeria's National Institute for Policy and Strategic Studies, said Xi's vision presents a road map for the international community to deal with challenges the world is facing.

Xi has emphasized the importance of exchanges and mutual learning among different civilizations in building a community with a shared future by citing the ancient Chinese wisdom of "harmony without uniformity".

During Xi's visit to France in March, French President Emmanuel Macron presented him with an original copy in French of An Introduction to the Analects of Confucius, which was published in 1688, as a national gift. It testified to the long-standing cultural bonds between the two nations, which lay a solid foundation for people to deepen their relationships.

Boris Shmelev, director of the Russian Foreign Center at the Institute of Economics of the Russian Academy of Sciences, said Xi's vision presents an opportunity to counter negative factors in international relations, particularly those arising from Washington's "America First" policy.