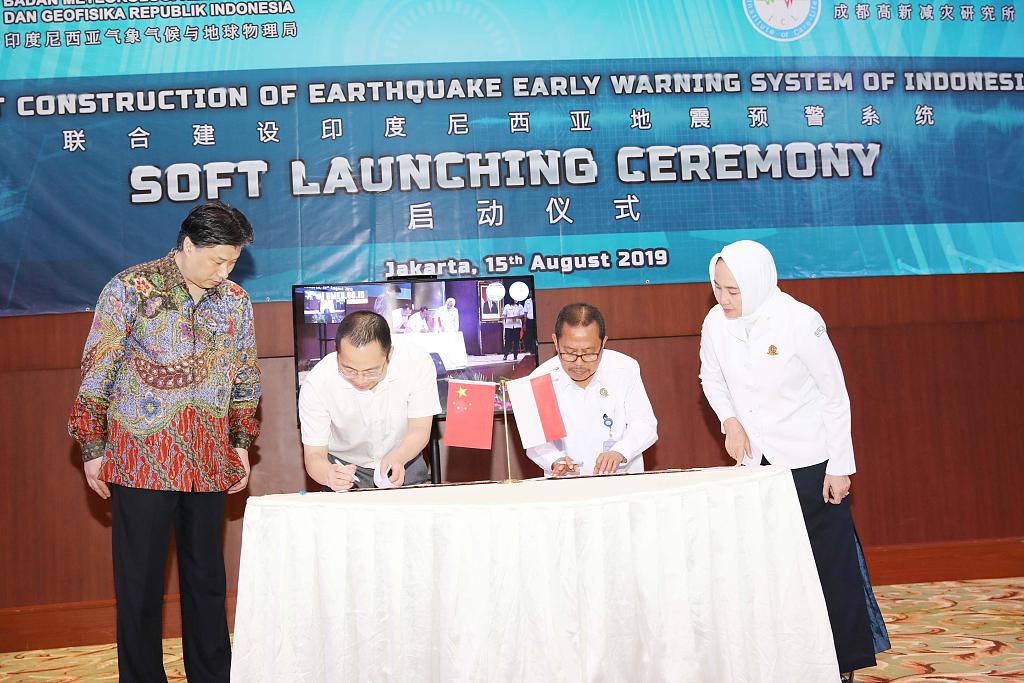 Under the joint project carried out by China's Institute of Care-Life (ICL) and Indonesia's Meteorology, Climatology, and Geophysical Agency (BMKG), EEWS equipment were installed in Sunda Strait, West Java, Banten and some provinces on Sumatra island, identified as earthquake-prone areas.

Hailing the joint construction of EEWS project in Indonesia, Cultural Chancellor at the Chinese Embassy Zhou Bin said the joint project would deepen the cooperation between China and Indonesia in disaster mitigation.

"I hope Institute of Care-Life of China can closely work together with BMKG to successfully complete the installation of earthquake early warning system, assuring that the system can provide greater benefit in Indonesia's earthquake warning," he addressed the event held in the BMKG premises.

It is a typical earthquake-prone area. Like China, Indonesia is a country that is deeply plagued by earthquake disasters, he added.

BMKG Chief Dwikorita Karnawati said construction of the EEWS in Indonesia is an urgent projects as threats from earthquakes have been escalating significantly in the last few months.

"The EEWS is expected to provide warning from 15 to 10 seconds before an earthquake occurs. It will give more golden time for people to safety," she said in her remarks.

The EEWS system would eventually be installed in Indonesia's public transport system, industries, office buildings to avoid secondary accidents that could be generated by the earthquake, Karnawati said.

She added that the existing tsunami early warning system is only capable of identifying earthquake after it takes place and analyze possible tsunami that could be triggered by the earthquake.