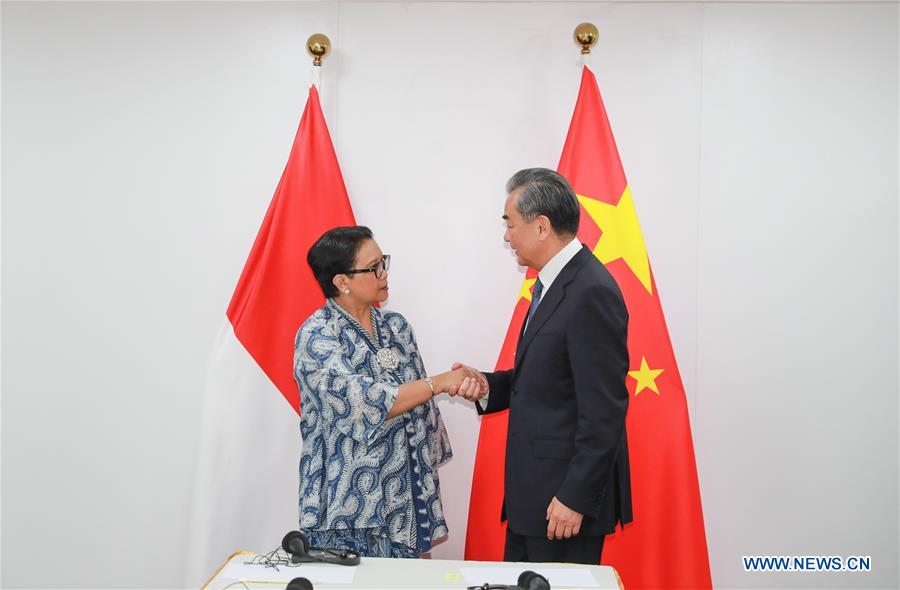 Wang said China attaches importance to Indonesia's global status and the two countries, as friendly neighbors, have broad prospects for cooperation on the sidelines of the ASEAN foreign ministers' meeting and other related meetings in Bangkok.

Chinese President Xi Jinping reached new consensus with Indonesian President Joko Widodo at the Group of 20 (G20) Osaka summit, Wang said. "We are willing to work with Indonesia in preparation for high-level exchanges of the two countries in the next phase and bring the bilateral cooperation to a new level."

China will work with members of the Association of Southeast Asian Nations (ASEAN) including Indonesia to strengthen cooperation at the meetings, united as one and focused on Asia including East Asia, for regional prosperity and stability, Wang said.