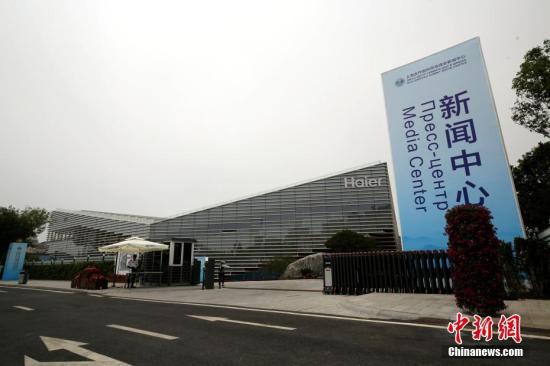 From the “Shanghai Spirit” to the upcoming Qingdao Summit, China has been making contributions to the development of the Shanghai Cooperation Organization and has been a moving force in its development, Chinanews.com reported on Thursday.

The 18th meeting of the Council of Heads of State of Shanghai Cooperation Organization (SCO) is scheduled to kick off on Saturday, and will last two days in Qingdao, east China’s Shandong province.

It will be the first summit held since the SCO expanded its membership, and the second summit hosted in China, the first being the 2012 Beijing Summit.

Gaining the rotating presidency role in June 2017, China has successfully held over 160 large-scale multilateral activities and meetings dealing with important mechanisms, such as the first SCO Media Summit, Women’s Forum and People’s Forum.

“Throughout the year, the work undertaken by China in the presidency role has achieved expected goals and received unanimous acclaim. China has held various content-rich activities that have enjoyed broad participation,” noted Chinese State Councilor and Foreign Minister Wang Yi at a briefing on May 28.

Noting that China has promoted pragmatic cooperation in various fields during the year in its role as president country, Sun Zhuangzhi, Director of the Central Asian Department at the Institute for East European, Russian and Central Asian Studies at the Chinese Academy of Social Sciences, anticipated that the Qingdao Summit will be the most fruitful one in SCO history.

Since the SCO’s establishment in 2001, China, as one of the initiators, has been sticking to the Shanghai Spirit that features mutual trust, mutual benefit, equality, consultation, respect for diverse civilizations and pursuit of common development.

Chinese President Xi Jinping has attended the SCO Summit for five years running since 2013, and has illustrated spreading the Shanghai Spirit many times.

The fast growth of the SCO within the short period of 17 years can be attributed to the leading role of China, which has provided concessional loans worth over $22 billion and financial support for various types of training and exchanges, noted Sun.

In 2001, trade volume between China and other SCO members remained at $12.1 billion, while from 2013 to 2017, China’s imported commodities from other member states reached $340 billion, and nearly $15 billion in direct investments from Chinese enterprises went to other SCO members.

With the addition of India and Pakistan, the expanded SCO is now a cooperative organization with the largest population, the widest area and great economic influence. China will continue to get involved in the profits, said Ruan Zongze from China Institute of International Studies.

Moreover, the Belt and Road Initiative proposed by China provides a new platform for SCO members to seek win-win cooperation. The prospect of building a new type of international relationship and a community with a shared future also injects impetus into the SCO development.

The SCO plays a leading role in advancing deep cooperation among countries and regions along the “Belt and Road,” said Professor Sun, adding that the Initiative is a new opportunity for SCO member states to break bottlenecks of development and deepen regional economic cooperation.