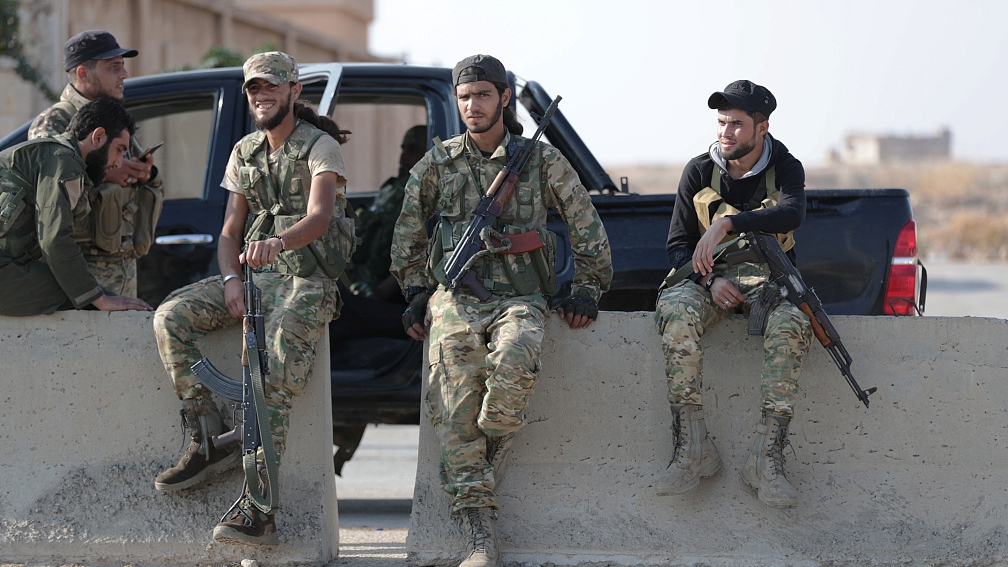 Chinese State Councilor and Foreign Minister Wang Yi has reiterated China's position of a political solution to the Syria issue.

In an interview with AFP during his visit in France on Monday, Wang said China supports the UN Security Council Resolution 2254, which clearly states that the Syria issue should be "Syrian-led and Syrian-owned."

China has always been opposed to the use of force in other countries, especially those without UN authorization or consent from the parties involved, he said.

With regard to the recent situation in Syria, Wang said, any action taken by the Security Council should be based on consensus and not simply reflect the views of any one country.

China's position remains unchanged, he said. "We do not support Turkey's use of force in Syria and hope to adhere to the principle of political settlement. At the same time, we are ready to join hands with all countries, including Turkey, to combat terrorism and to jointly address the risk of terrorist spillover."

According to Wang, China has always pursued an independent foreign policy and decided its position regarding all hot-spot issues, including the situation in Syria, on the merits of each issue.

When dealing with hot-spot issues, China does not participate in the game of great powers, has no intention to engage in geopolitical struggle, and has no selfish interests, Wang added.

China is ready to continue to play a constructive role in resolving hot-spot issues in the world, Wang pledged, adding that it's very important that the United Nations should be the main channel, while countries in the region, especially neighboring countries, should play a positive role. At the end of the day, it is up to the people of a country to determine its direction and destiny.