The Second China International Import Expo to be held on Nov 5-10 in Shanghai will see bigger exhibition areas and wider participation, government officials said at the CIIE road show in Tianjin on Monday. 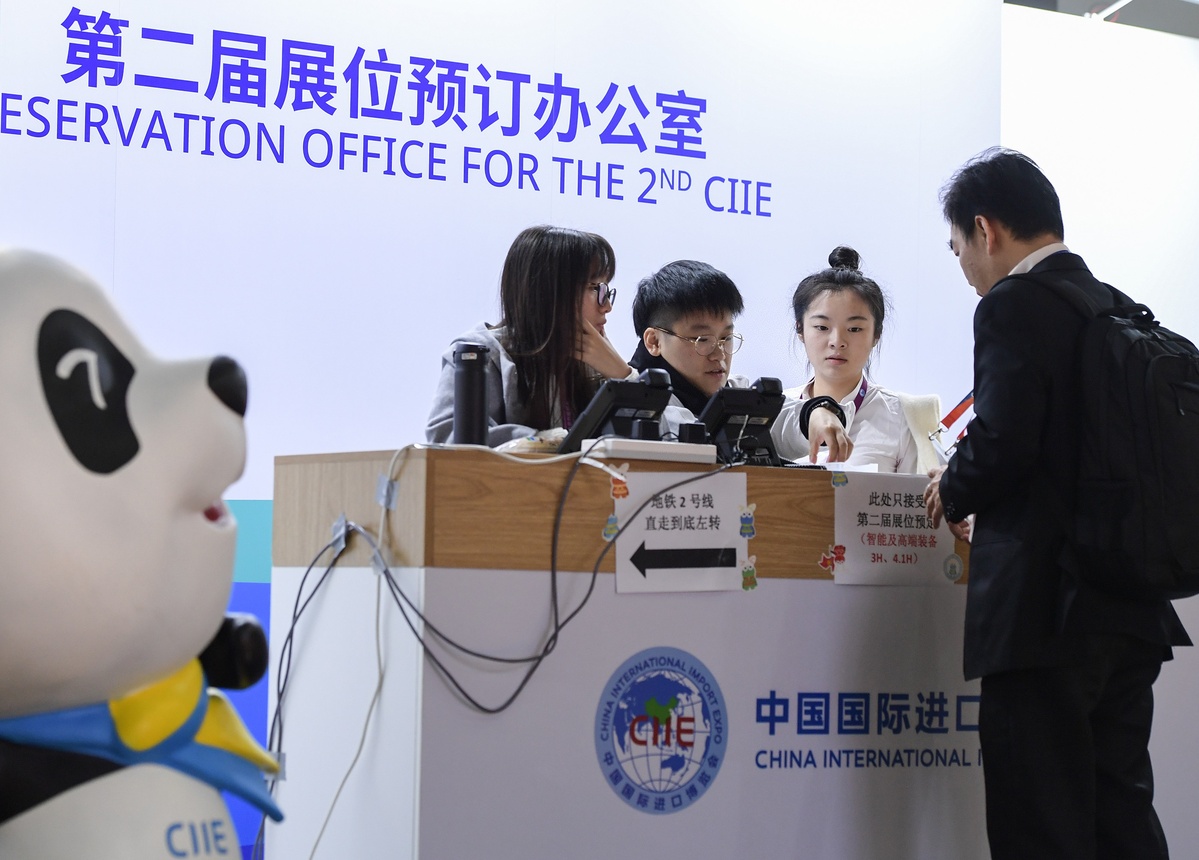 A visitor asks queries at the reservation office of the second CIIE in Shanghai. (Photo: Xinhua)

"Although the registration for the exhibitors has been closed, some companies are still trying to achieve an opportunity to join the event," said Liu Fuxue, deputy head of the CIIE Bureau.

The participation of Fortune 500 companies numbered more than last year and the exhibition area has been expanded by 10 percent to 30,000 square meters.

New exhibition areas on luxury goods, products of artificial intelligence and virtual reality, and elderly care facilities will be added to the world's top import-themed expo this year.

Liu now expects more buyers from the North China region including Beijing, Tianjin and nearby Hebei province to take part in the event which boasts state-of-the-art products and leading technologies.

He said the event will benefit the industrial structure of the region and the escalating level of consumer spending.

"A total of 2,417 Tianjin companies joined the event and 62 agreements worth a total of 1.5 billion yuan ($217.9 million) were inked during the fair," said Zhang Aiguo, director of the Tianjin Municipal Bureau of Commerce.

To date, 54 such agreements have been completed, he said.

This year, more Tianjin companies in aerospace, airplane and intelligent manufacturing are eyeing the opportunity to take part and Tianjin will host an equipment manufacturing seminar during the show.

Liang Feng, president of the China National Machine Tool Sales and Technical Service Corporation, who will take part in the Tianjin seminar, noted that based on last year's experience, the firm will lead a group of Chinese machine tool companies to help facilitate trade between domestic buyers and foreign exhibitors.