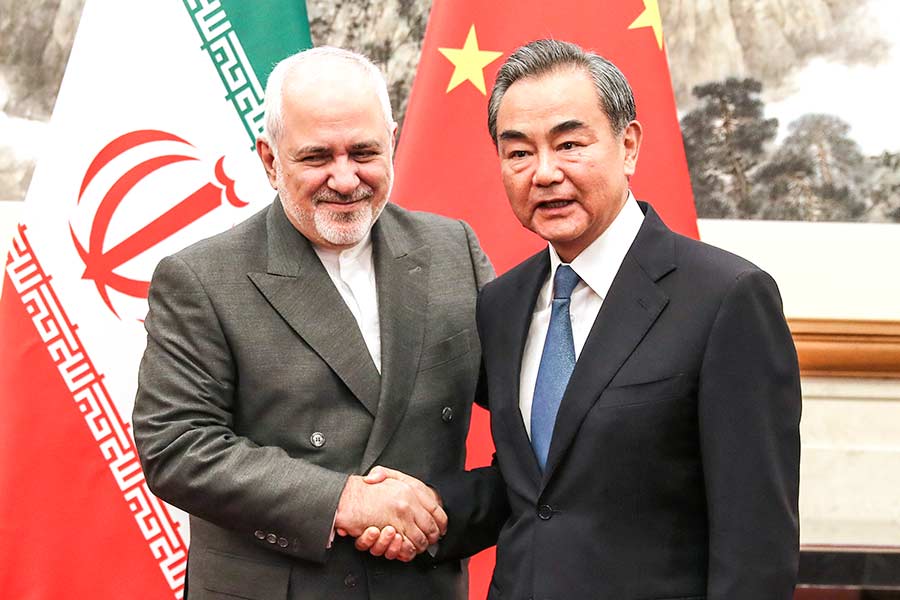 China and Iran stressed the need to jointly uphold multilateralism in the face of the rising trend of unilateralism and contempt for international law as State Councilor and Foreign Minister Wang Yi and visiting Iranian Foreign Minister Mohammad Javad Zarif met in Beijing on Monday.

Wang said China and Iran, as comprehensive strategic partners, should strengthen strategic communication and work with other countries to uphold multilateralism, adhere to the basic norms governing international relations and safeguard the rightful interests of every country.

Regarding the Iran nuclear issue, Wang told Zarif that China supports all efforts that help to maintain the Joint Comprehensive Plan of Action and understands Iran's rightful appeals.

China thinks that Iran deserves reasonable rewards while it continues to fulfill its obligations under the plan of action, he said.

China, as a responsible country, is willing to continue to carry out the deal, fulfill its international obligations and play a constructive role in easing tensions in the Gulf, Wang said.

Zarif said rejection of and contempt for international law is on the rise in the world, posing a threat to international security and peace.

The Iran-China relationship is based on the centuries-old friendship between the two countries and their people.

It is also based on the principled positions shared by both sides, including upholding multilateralism, observing international rules and noninterference in others' domestic affairs, he said.

Iran is firmly opposed to any kind of interference in other countries' internal affairs, Zarif told Wang.

He said Iran is willing to promote cooperation with China in all areas including politics, economy, science and technology, culture and the joint construction of the Belt and Road, to push forward the comprehensive strategic partnership between the two countries.

The Iranian foreign minister also briefed Wang about his visit of several hours on Sunday in Biarritz, France, where the Group of Seven Summit was held, to communicate with different parties over maintaining the comprehensive plan of action.

He reiterated that Iran will continue to commit to solving related issues through dialogue and coordination.