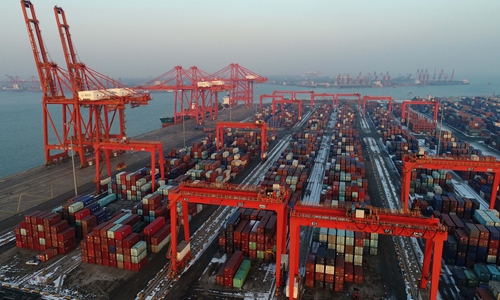 The Supreme People’s Court (SPC) of China issued a judicial interpretation on the Foreign Investment Law on Friday, which will take effect on January 1, 2020, aiming to foster a better business environment for foreign investment and comprehensively promote China’s opening-up to the global market.

The Foreign Investment Law established a new system of foreign investment management in the new era from the legislative level, Luo Dongchuan, vice president of the SPC, said at a press conference in Beijing on Friday.

The primary purpose of the interpretation is to ensure the fair and efficient implementation of the Foreign Investment Law, and through the interpretation, China will provide high quality and efficient judicial services for market-oriented, law-based and international reforms, as well as create a fair business environment for domestic and foreign investment, Luo noted.

The number of cases accepted involving foreign-related civil and commercial affairs reached 18,266 from Jan to Nov in 2019, compared with 14,695 in total in 2018, which showed the achievements of China's opening-up to the global market, Luo said.

Against the backdrop of mounting downward pressure on the global economy, the ongoing US-initiated trade war and Chinese domestic industrial upgrading, statistics from China’s Ministry of Commerce (MOFCOM) showed that 36,747 foreign-invested companies were newly established in China in the January-November period this year. The actual utilized foreign capital reached $124.39 billion, up 2.6 percent on a yearly basis.

China is highly likely to climb to the world's No.1 position in terms of foreign direct investment next year, surpassing the US, with the value estimated to hit $140-150 billion, Wei Jianguo, a former MOFCOM official, told the Global Times in a recent interview.