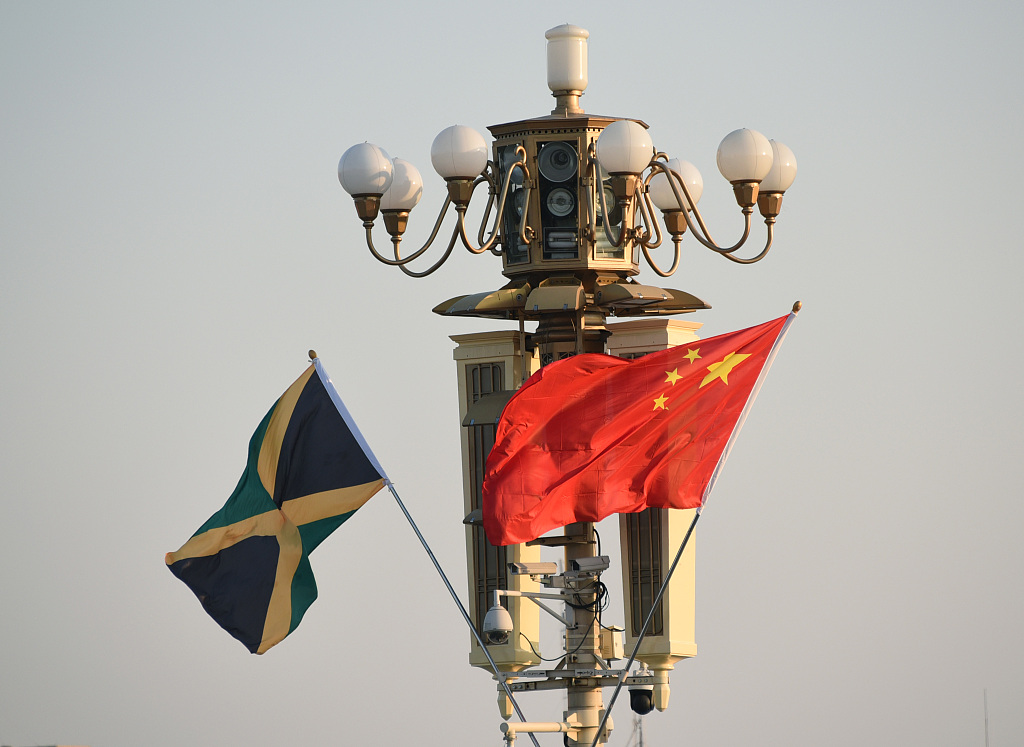 Bater, vice chairman of the National Committee of the Chinese People's Political Consultative Conference (CPPCC), made the remarks during a meeting with Thomas Tavares-Finson, president of the Jamaican Senate; Pearnel Charles, speaker of the Jamaican House of Representatives and other lawmakers.

Tavares-Finson and Charles extended congratulations on the 70th anniversary of the founding of the PRC, saying that Jamaica is one of the first Caribbean countries to establish diplomatic relations with China. Jamaica is willing to further develop relations with China and deepen friendly cooperation in various fields between the two sides.

A CPPCC delegation led by Bater is visiting the Caribbean country from Monday to Thursday at the invitation of the Jamaican parliament.