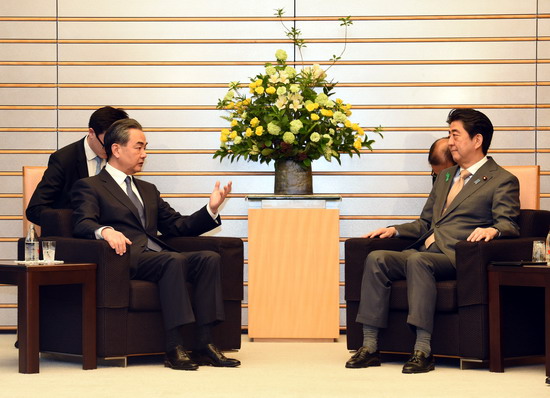 Wang said that China and Japan are important neighbors and bilateral relationship has gone through some twists and turns in recent years, which affected communication and cooperation of the two sides in various areas.

Wang said that the momentum of improvement in bilateral ties did not come by easily and should be cherished, and with a better and more stable relationship, the two sides could have closer exchanges and extended cooperation, which would be in the interests of people in both countries as well as the region.

Therefore, the two sides should strictly abide by the principles established in the four important political documents between them, properly handle the sensitive issues related to the political foundation of bilateral relationship, fully implement the consensus of treating each other as a cooperative partner instead of a threat and make it a consensus of all circles of the Japanese society, Wang added.

The two sides should tap potential driving forces so as to upgrade the bilateral trade and economic cooperation to a new level, Wang said.

He also said that China attaches importance to the positive remarks made by Abe on the Belt and Road Initiative, and Japan joining the Belt and Road construction will open up new space for bilateral economic cooperation, and China is willing to discuss with Japan the proper and concrete ways for it to participate in the initiative. 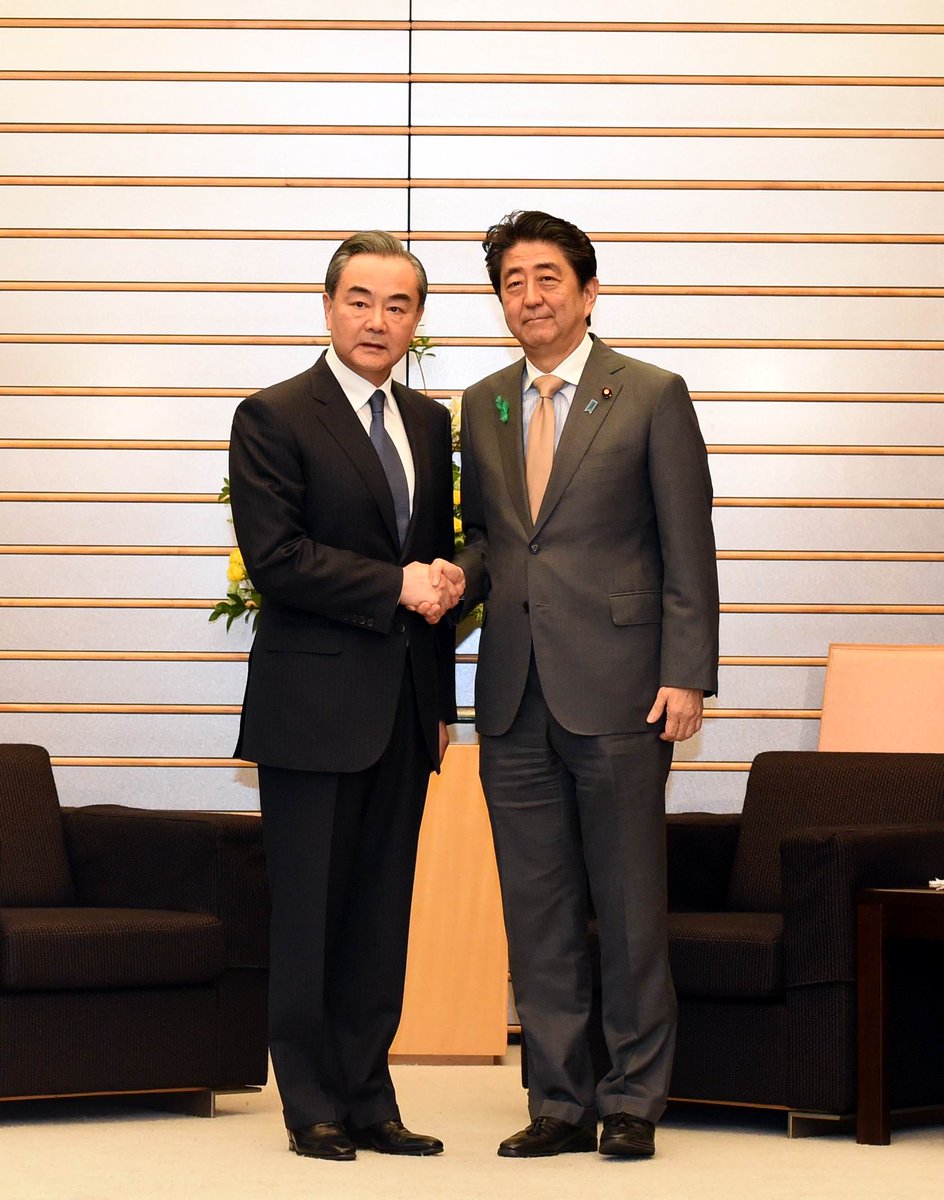 Abe, for his part, said that Japan attaches high importance to its relationship with China. It is willing to take the opportunity of the 40th anniversary of the signing of the Japan-China Treaty of Peace and Friendship to promote comprehensive improvement of bilateral ties, to realize high-level exchanges, and to expand cooperation under the framework of strategic relationship of mutual benefit.

Japan paid great attention to the new measures for expanding China's opening up announced by Chinese President Xi Jinping at the opening ceremony of the Boao Forum for Asia annual conference and believes that they will help promote bilateral economic relationship, he said.

Abe said that he eagerly expects and welcomes Chinese Premier Li Keqiang to visit Japan and to attend the trilateral leaders' summit between Japan, China and South Korea, and expects that the Belt and Road construction could help the recovery and development of regional economy. 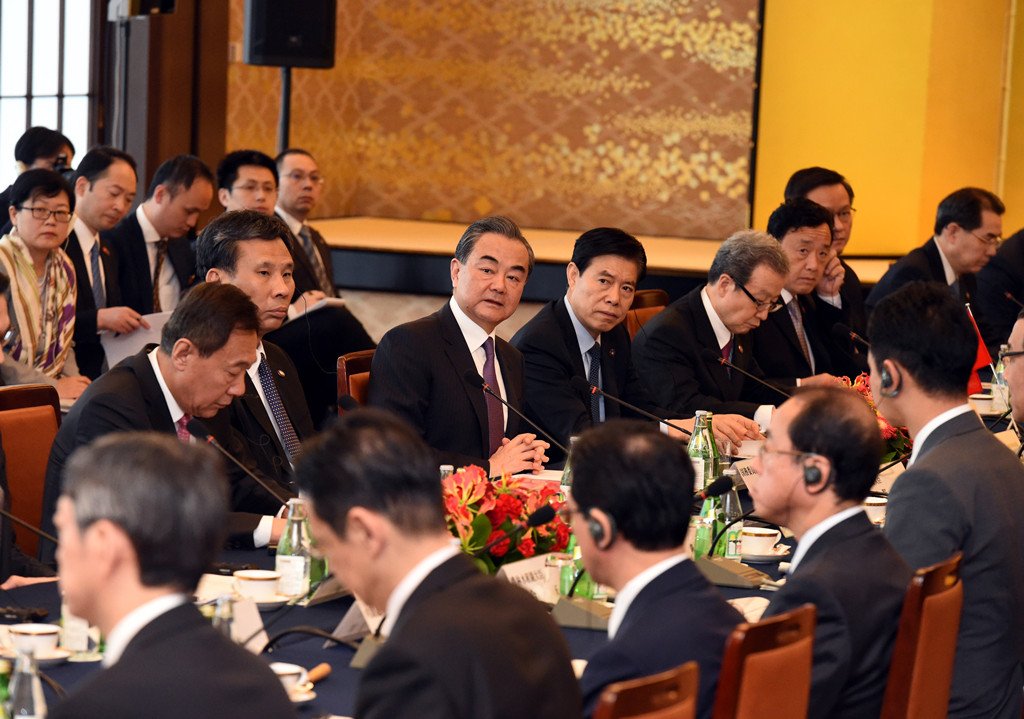 Like China, Japan also attaches importance to the WTO rules and maintains that trade issues should be handled based on those rules, he added.

The two sides also exchanged views on regional issues such as the Korean Peninsula situation.

Wang is on a three-day visit to Japan starting Sunday. During his visit, he co-chaired the fourth high-level economic dialogue between China and Japan with Japanese Foreign Minister Taro Kono.