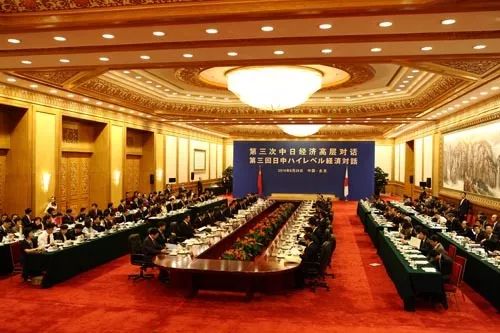 The fourth China-Japan high-level economic dialogue will begin on April 16 in Tokyo, and will be co-chaired by Japan's Foreign Minister Taro Kono and Chinese Foreign Minister and State Councilor Wang Yi.

This intergovernmental dialogue is the highest level of exchange mechanism in economic space between both sides. The previous three dialogues were held in 2007, 2009, and 2010.

The past year witnessed China-Japan economic and trade cooperation showcasing stunning stabilization and recovery, as evidenced by the restoration of bilateral trade to the previous level of $300 billion, with an increase exceeded 10 percent. A total of $3.2 billion of Japanese capital flowed into China, a growth of 5.3 percent year-on-year.

As of February, 51,000 Japanese enterprises have been set up in China with a total investment of $108.8 billion, of which a majority earned and have still chosen China as their first destination for overseas investment.

On November 11 last year during Chinese President Xi Jinping's meeting with Japanese Prime Minister Shinzo Abe in the Vietnamese city of Danang, the heads of two neighbours reached a significant consensus on pushing ahead with the sustained improvement of bilateral ties.

Shinzo Abe then said in Tokyo a month later about his burning desire for more harmonious Sino-Japanese ties with special emphasis on expectations for more frequent high-level exchanges and win-win economic cooperation with China. He added that he was looking forward to having active discussions on bilateral cooperation under the framework of interconnection and the Belt and Road initiatives.