China, Kazakhstan to deepen cooperation on Belt and Road construction

In southern part of Astana, capital city of Kazakhstan, stand a group of grand buildings, which are the highest institution of the country - Nazarbayev University. It is where Chinese President Xi Jinping proposed Silk Road Economic Belt on September 7, 2013 during a speech. 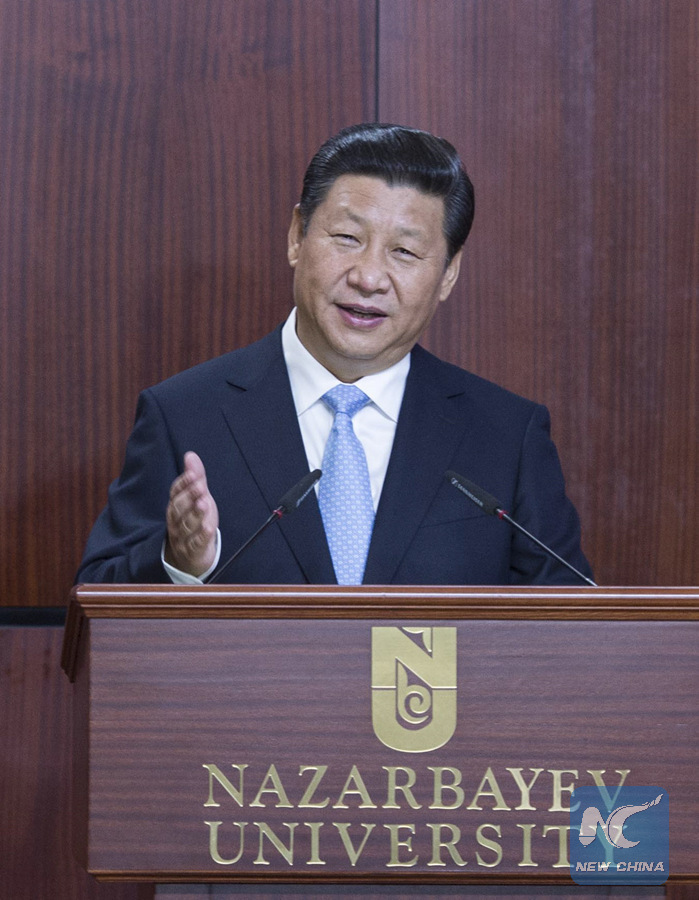 The Belt and Road Initiative, which refers to the Silk Road Economic Belt and the 21st Century Maritime Silk Road, was actively responded and joined by a number of countries in the past five years. Over 100 countries and international organizations have signed cooperative documents with China on the co-construction of the Belt and Road.

China’s trade volume with Belt and Road countries totaled over $5 trillion, and its direct outbound investment in these countries reached over $60 billion in the past five years, creating more than 200,000 jobs for local communities. The Belt and Road Initiative is making dramatic contribution to the global economic growth.

In addition, the Belt and Road construction is also growing as an open and inclusive cooperation platform and a global public product forged by various countries by integrating different civilizations and regions. Its cooperation model and development ideas are more and more recognized by the international community.

The two sides also have conducted comprehensive cooperation within regional mechanisms such as the Shanghai Cooperation Organization and the Conference on Interaction and Confidence-Building Measures in Asia.

Besides, China has inked cooperative agreement on trade and economy with Eurasian Economic Union. Thanks to the co-construction of the Belt and Road, countries in Central Asia witnessed increasingly closer relationships among each other.

The Belt and Road construction is accelerating the integration of this ancient Silk Road region into the global economic system, and assisting it to regain vitality.

As neighbors linked by mountains and rivers, China and Kazakhstan established comprehensive strategic partnership in as early as 2011. As the place where Xi first laid out the Belt and Road Initiative and a pilot zone of the plan, Kazakhstan is an ideal partner of China to co-construct the Belt and Road.

Under the guidance of leaders of the two countries during the past five years, China and Kazakhstan have aligned the Belt and Road Initiative with the “Bright Road” new economic plan. China has invested a total of $43 billion in Kazakhstan, and the 51 major capacity cooperation projects of the two countries saw an investment of nearly $28 billion.

China and Kazakhstan have started currency swap and settlement, and established China-Kazakhstan Production Capacity Cooperation Fund as well as an international exchange.

Over 1,800 China-Europe freight trains passed Kazakhstan in 2017, and commodities worth $120 million were transported by the China-Kazakhstan section of China-Asia freight train service.

Besides, five Confucius Institutes and five training center for learners of Kazakh language and culture have been established in Kazakhstan and China respectively. More than 14,000 Kazakh students studied in China.

What we need to do now is to actively implement the consensus reached by the two heads of state and comprehensively promote China-Kazakhstan cooperation on the co-construction of the Belt and Road.

The author, Zhang Xiao is Chinese Ambassador to Kazakhstan