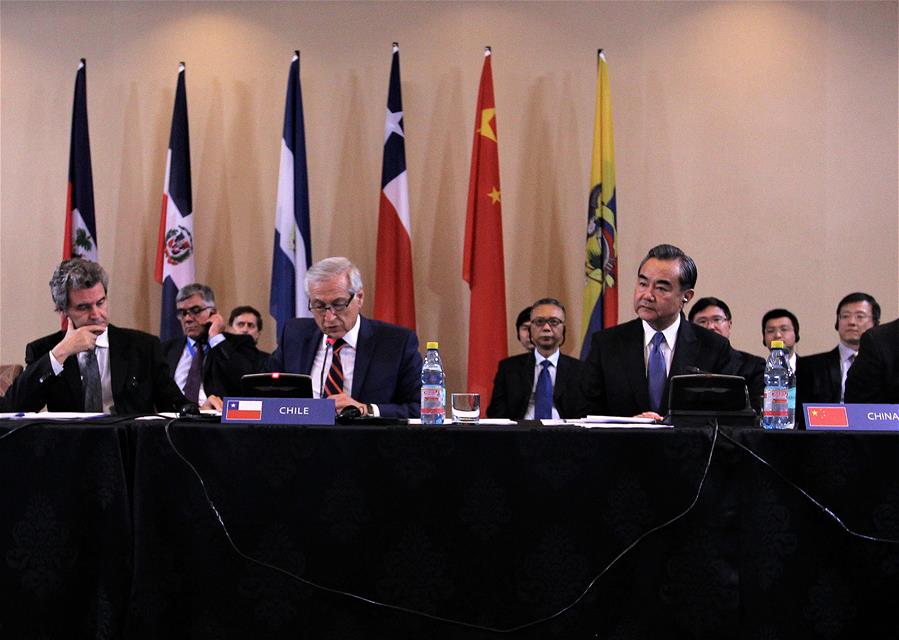 Benefiting from the alignment of development strategies and deepening cooperation, the China-Latin America and the Caribbean (LAC) community of shared future is expected to sail on a stable and prosperous voyage.

The second ministerial meeting under the framework of China and the Community of Latin American and Caribbean States (CELAC) Forum, will take place Monday in Santiago, capital of Chile. It is the first major event in the relations between China and LAC after the 19th National Congress of the Communist Party of China held in last October.

Since the first meeting held in January 2015 in Beijing, China and the 33-member CELAC, Latin America's largest regional bloc, have entered a new era of common development, said Jiang Shixue, vice president of the Chinese Association of Latin American Studies and professor of Shanghai University.

"Those cooperative mechanisms between China and the LAC have not only enhanced overall cooperation, but also expanded the CELAC's influence in the region and the world at large," said the expert.

The leaders of China and the LAC have maintained close communication over the past five years, navigating the future development of bilateral relationship.

Xi's visits, deemed a milestone in the history of Sino-LatAm relations, have drawn a blueprint for better cooperation and written a new chapter for China-LAC cooperation.

In 2016, Latin America and the Caribbean became the second largest destination of Chinese investments overseas and over 2,000 Chinese enterprises have invested in the region.

Alicia Barcena, executive secretary of the Chile-based Economic Commission for Latin America and the Caribbean (ECLAC), said she was optimistic about the future of China-LAC ties.

Since it was first proposed by China in 2013, the Belt and Road Initiative has been translated from a vision into a vigorous reality, obtaining a good start in Latin America and the Caribbean region, said Chinese Foreign Minister Wang Yi in an article published by People's Daily Thursday.

"Many countries in the region look forward to stimulating their own development and promoting China-LAC relations through cooperation within the framework of the initiative," said Wang.

"Both sides can make the most of these opportunities so that China's market, capital and technological advantages can inject strength into Latin America's sustainable development," said China's Ambassador to Argentina Yang Wanming.

"In the future, China-LAC cooperation will be mainly reflected in the framework of the Belt and Road Initiative. Both sides will take the China-CELAC Forum as an important platform to push forward the initiative at the national, sub-regional and regional levels," said Xie Wenze, a research fellow with Institute of Latin American Studies under Chinese Academy of Social Sciences.