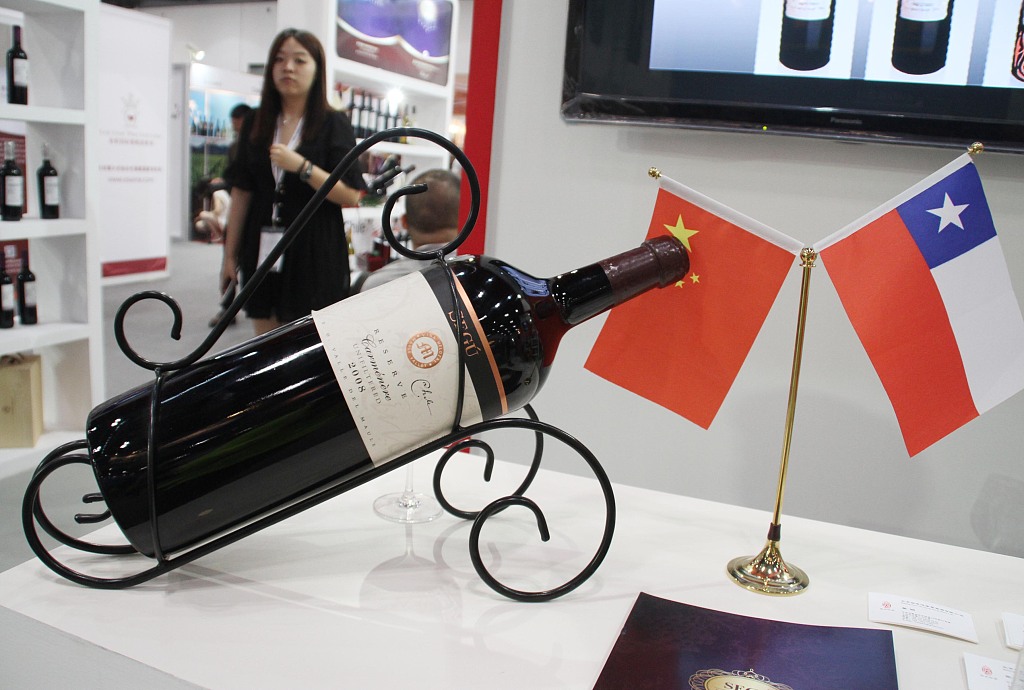 At the age of 17, Jefferson Felipe Patino Esquivel, a young Colombian landed in China for the first time. It was 2007, and all the knowledge he had about the country came from old martial arts movies.

Twelve years later, now Patino -- better known to his Chinese family and friends as "Felibei" -- has become a rising designer for men's footwear and runs his own business.

Every day his novel designs are turned into quality products by skillful Chinese craftsmen and women and shipped across the Pacific to Latin America, where his original brand "Last Kings" has been gaining popularity among millennials.

The strength and great diversity of its manufacturing production, the advanced technologies, the endless development potential and preferential policies for foreign investment have made China a desirable destination for businesspeople from Latin America and the Caribbean (LAC), he said.

Since China proposed the building of a China-LAC community with a shared future in 2014, the bilateral economic ties have grown closer, and on both sides, entrepreneurs like Patino have been rewarded with excellent opportunities.

Analysts say, the China-LAC cooperation has gone from a static complementarity -- which was innate to the distinct economic structures -- towards a proactive, motivated and promising collaboration in the past five years.

Thirty-year-old Nico Ma is a foodie and Weibo blogger, who shares recipes and live streams cooking classes on social media. He told Xinhua that in recent years, more and more consumer goods from Latin America and the Caribbean have been introduced to the Chinese and quickly won their favor, especially among the younger generations who often buy groceries online.

Though Ma has never been to any of the countries, he is familiar with Argentinean wine, Chilean berries and salmon, avocados from Mexico and beef from Peru, Uruguay and Brazil, roses, bananas and seafood from Ecuador, Cuban rum and cigars, Colombian coffee and emeralds, and much more.

Not only do these newcomers offer a wider choice range, but also poses as premium consumer goods that cater to the Chinese' ardent desire for a better quality of life.

During the Spring Festival earlier this year, statistics showed that cherries from Chile topped the nation's holiday shopping list and became a well-received gift.

Back in 2005, the Chileans were also the first in the LAC region to sign a Free Trade Agreement (FTA) with China, which was upgraded in 2017 and came into force in March, eliminating 97 percent of customs tariffs on both sides.

In June, the first exports of Chilean pears set sail headed to China. At the shipment's christening ceremony, Chile's Agriculture minister Antonio Walker said the new export to China was of great importance for the country's fruticulture, at present and in the future.

THERE IS POTENTIAL TO EXPLORE

During the recently concluded Copa America tournament in Brazil, one of the oldest and most celebrated soccer events in the American continent, the video assistant referee (VAR) system provided by the Chinese tech firm TCL made its debut. It helped human arbitrators work with greater accuracy.

A brand-new passenger train reconnected the capital city of Havana and the eastern city of Holguin after being out of service for nearly 14 years. The powerful locomotive and 12 carriages were made in China.

Chinese ride-hailing platform Didi has set foot in Latin America and recruited local part-time drivers. The Didi's PR department confirmed with Xinhua that it has been well-received overseas. For many, it provides a source of extra income.

"While China's economy is going through a structural reform on the supply side, Latin America is seeking an economic transformation by increasing demands for both 'hardware' investment such as energy and infrastructures, and 'software' investment including telecommunication, IT, etc., as well as its need for industrial upgrades," said researcher Yue Yunxia.

"New and more proactive dynamics have been seen in China-LAC bilateral cooperation," said the expert with the Institute of Latin American Studies (ILAS) at China Academy of Social Sciences (CASS).

China's reform leads its investors and venture capitals to go abroad finding new worlds, whereas Latin America welcomes foreign investment to stimulate its own development. Yue believes that the potential of deepening China-LAC cooperation is considerable and should be explored to the benefits of both sides.

For the moment being, commodity trade remains the main field of China-LAC trade and cooperation, and there is still potential to explore, suggested Yue.

"It is important to deepen, synergize and organically integrate the value chain of the interactive industries on both sides as well as to continue lifting trade barriers," she said.