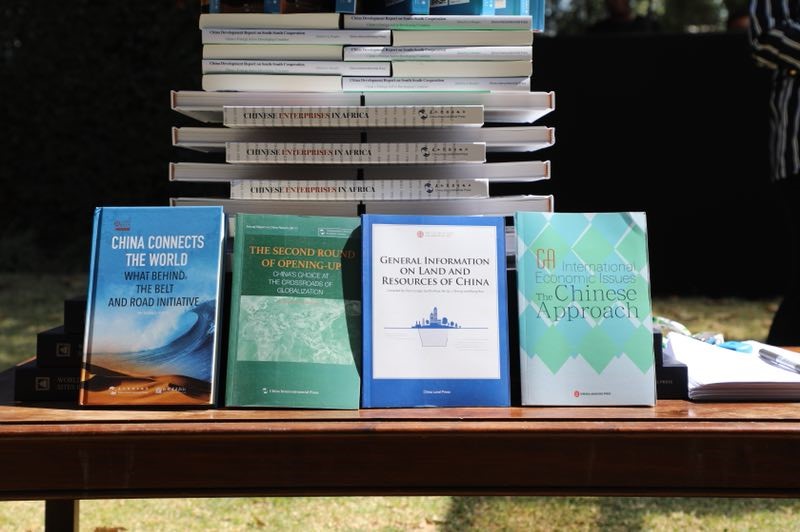 A variety of books on display at the 'One Belt and One Road Heart-to-Heart’ China Bookshelf Donation Program launch ceremony. (Photo: Lyu Qiang)

Johannesburg (People’s daily) – Wednesday marked the launch of the "The Belt and Road Heart-to-Heart" China Bookshelf Donation Plan in Johannesburg, South Africa, where more than 1,000 books were donated to the city by the Consulate General, Chinese-funded enterprises, and Chinese citizens.

The donated books were from a variety of genres, including politics, economics, culture, and other aspects of Chinese culture. They will be given to local school libraries, government offices, and reading rooms at various non-governmental organizations in Johannesburg. 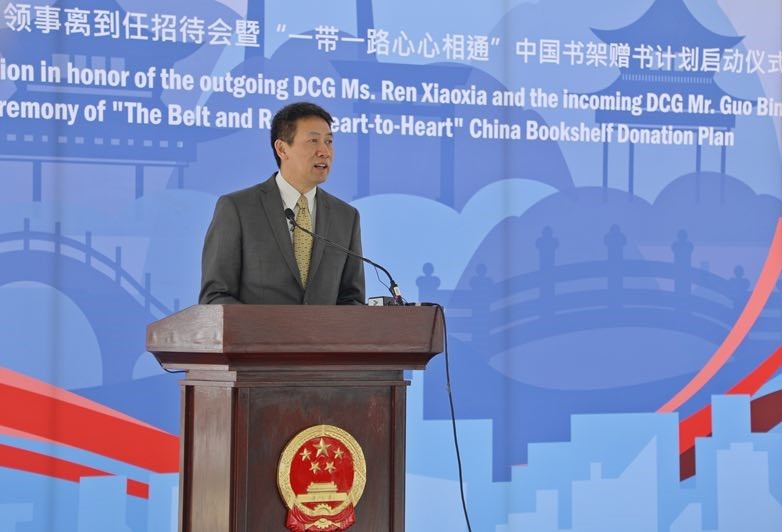 Consul General of the People’s Republic of China in Johannesburg Ruan Ping said the program commemorates the fifth anniversary of the Belt and Road Initiative by Chinese President Xi Jinping and is meant to strengthen people-to-people bonds between Chinese and African citizens. 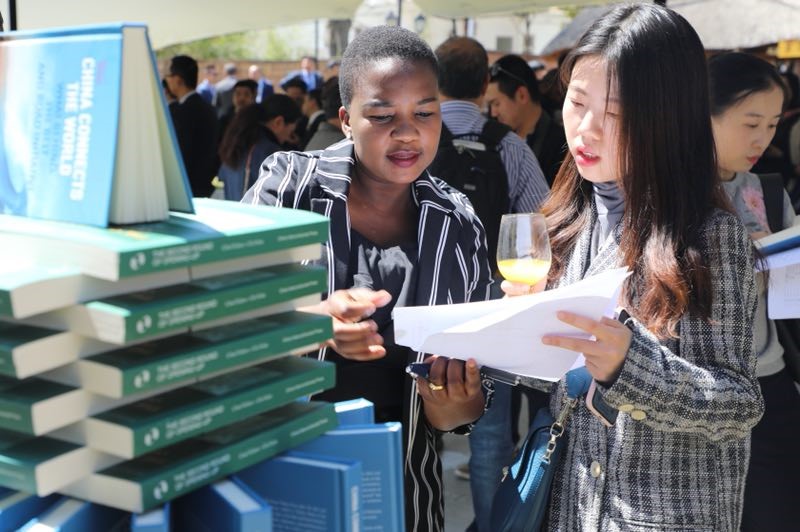 Guests look at the available books at the donation ceremony. (Photo: Lyu Qiang)

David Monyae, co-director of the Confucius Institute at the University of Johannesburg, said the program has played a role in deepening the friendship between South Africa and China.

“Books introducing China's history and current national conditions in various aspects will set up a bridge to connect people's hearts between our two countries,” Monyae said. “With the help of these books, we can see China in a more comprehensive and objective way.