China has made great strides in its scientific and technological strength in the 70 years since its founding, thanks to the efforts of countless Chinese scientists. 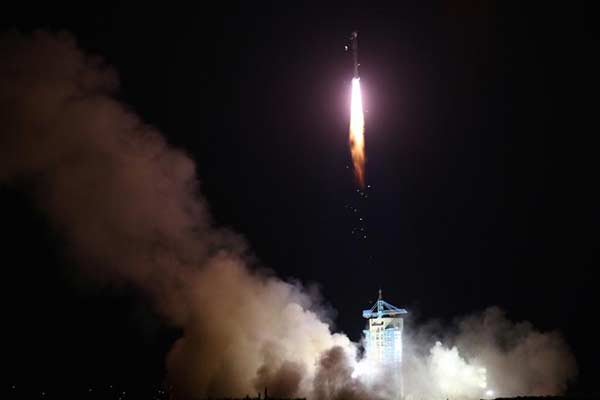 Major scientific and technological achievements have been made in China, such as its large domestically-built aircraft, the world's largest single-dish radio telescope, the quantum-enabled satellite Micius, and remote sensing technology.

Over the years, China has made rapid progress in remote sensing research. For Chinese scientists like Guo Huadong, Professor of the Chinese Academy of Sciences (CAS) Institute of Remote Sensing and Digital Earth, a passion for science is the driving force behind their work.

Guo and his colleagues have used remote sensing and digital earth to monitor deserts and forests, witness the growth of cities, and extend their research globally, even into space.

For other scientists such as Wan Ruixue, a winner of the Science & SciLifeLab Prize for Young Scientists, the pursuit of science is their defining direction.

In 2015, Wan's team published research concerning the world's first three-dimensional atomic structure of spliceosome."Looking back, the word 'afraid' didn't enter my head. I read previous literature carefully and tried them out, and I made a breakthrough." said Wan.

She added, "I hope that through the efforts of our generation of researchers, we can realize the dream of becoming a strong country in science and technology."