China has made a significant contribution to the world since it joined the World Trade Organization (WTO) in 2001, People’s Daily Overseas Edition commented on July 4.

The country’s determination to further open up is once again indicated by a white paper titled "China and the World Trade Organization" released by its State Council Information Office on June 28. 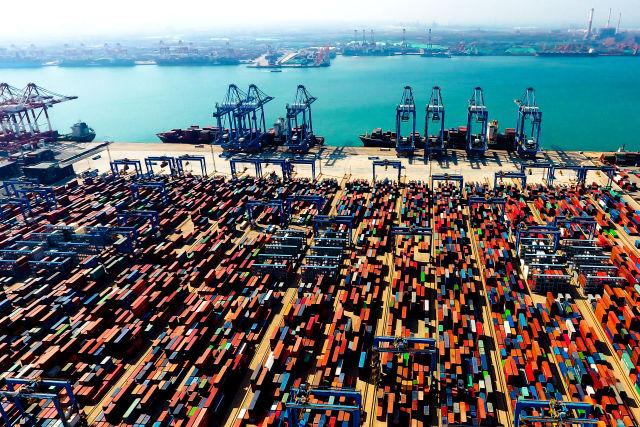 17 years ago, China acceded to the World Trade Organization (WTO). This was a milestone in China’s integration into economic globalization, marking a new historic stage of reform and opening-up.

Over the last 17 years, China has been a driving force for world economic recovery and growth. The country’s entry to the WTO accelerated its own pace in reform and opening up as well as economic development, which in turn promoted the world economy in a powerful way.

In 2016, China totaled 14.8 percent of the world’s economy, 10.7 percent higher than in 2001. Since 2002, China's average contribution rate to world economic growth has reached nearly 30 percent, making the country an important driving force in the recovery and growth of world economy.

In addition, China’s foreign trade development has brought benefits to the world since its entry to the WTO. Faced with unprecedented difficulties and challenges such as the global financial crisis, China took effective measures and managed to stabilize its foreign trade.

In 2017, China was the major trade partner of more than 120 countries and regions, and its import and export volumes respectively accounted for 10.2 percent and 12.8 percent of the world’s total.

The country’s import of services surged from $39.3 billion in 2001 to $467.6 billion in 2017, with an average annual growth of 16.7 percent. The figure was equivalent to nearly 10 percent of the world’s total services import volume.

Furthermore, China has attracted a huge amount of foreign investment and development. It has ranked first among developing countries regarding inbound foreign direct investment (FDI) for 26 consecutive years. China received $136.32 billion in FDI in 2017, up from $46.88 billion in 2001 when it first entered the WTO, growing 6.9 percent annually.

While foreign-invested enterprises have improved China’s economic quality and benefits, China have also rewarded them with profits through its own economic development.

In the meantime, China’s overseas investment and cooperation maintained sound development. It jumped into third place regarding global FDI flows in 2017, up from 26th place in 2001. Chinese capital and cooperation facilitated the technological advancement of investment destinations, improved local economy and created abundant jobs.

The public products China provides to the world are also a major achievement since the country entered the WTO. It proposed the Belt and Road Initiative, which will create opportunities and win-win results across the globe. It plays a significant role in the promotion of international and regional cooperation, and the protection and development of an open economy. It is also vital in making economic globalization open, inclusive, balanced, win-win and beneficial to all.

The first China International Import Expo (CIIE) is scheduled to open in November this year. Multiple international organizations and over 100 countries will participate in the event. The expo is believed to be an international public product that promotes the inclusive and mutually-beneficial development of the world.

It is estimated that China will import $24 trillion worth of goods in the next 15 years. The CIIE is expected to offer new opportunities for countries in exportation, build new platforms to share China’s development outcomes and inject new momentum to the global economy.

Facts prove that China pursues a mutually beneficial opening-up strategy, upholds the WTO’s principle of free trade and has lived up to its responsibilities as a major country in the process of opening-up. From its WTO accession in 2001 to the Belt and Road Initiative in 2013, China has embraced the world with open arms and become a key driver for world economy.

The author is an international affairs observer