BRI NEWS China-Mauritius, a paradise for honeymoons and fortune

China-Mauritius, a paradise for honeymoons and fortune 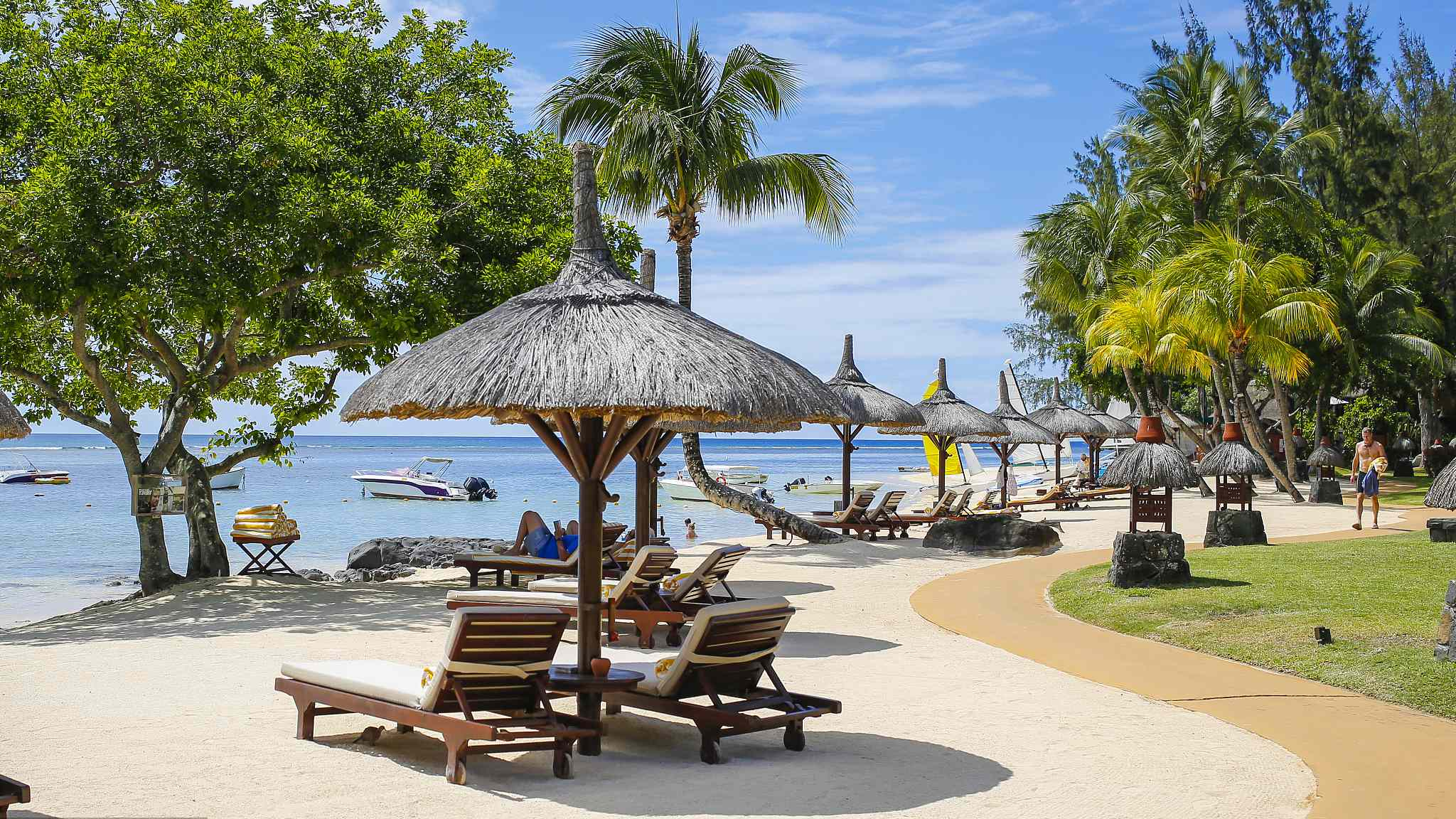 Mauritius, a glaring pearl on the southern Indian Ocean.

The tropical islands must have been “made first and then heaven, and that heaven was copied after Mauritius," said Mark Twain over 120 years ago when he first stepped foot on the islands.

A paradise for a splendid honeymoon

In August, additional air route service will connect Wuhan, the capital city of China's central Hubei Province and Mauritius, after the existing direct flights to major cities of China such as Beijing, Shanghai, Shenzhen, Chengdu and Hong Kong.

Mauritius tourism has benefited from the growing numbers of Chinese visitors. Data from Air Mauritius shows that the number of seats sold in China was around 52,000 from April 1, 2015, to March 31, 2016.

From April 1 to September 30 of 2016, Air Mauritius has already transported more than 45,000 passengers to China, which represents an increase of about 6,500 seats compared to the same period of the previous year.

An analysis shows that compared to French tourists who have a more in-depth understanding of the country, Chinese tourists have limited knowledge of Mauritius tourism, especially its rich and diverse resources.

The image of Mauritius in Chinese markets is more focused on its tropical weather with white sand beaches and crystal waters. Meanwhile, competition for Chinese tourists from neighboring Seychelles is another reason.

Therefore, more diversified and unique tourism products and promotion should be included to attract more Chinese tourists and meet their growing demand.

A gateway for investment in Africa

"Mauritius offers investors the advantages of an offshore financial center in the Indian Ocean, with a substantial network of treaties and double-taxation agreements, making it the gateway for routing funds into Africa and India," according to the United Nations Conference on Trade and Development World Investment Report.

Under the national development plan, Mauritius would utilize its advantages as a free and off-shore international financial hub to bridge investments and enterprise especially the ICT sector between Asia and Africa.

In 2006, Huawei Technologies, China's leading suppliers of networking and telecommunication, opened its Shared Services Center (SSC) in Mauritius to provide services to its subsidiaries in the sub-Saharan African region.

Since then, many Chinese companies have picked Mauritius for their regional headquarters to expand business on the African continent.

In 2016, the Bank of China (Mauritius) Limited became the first Chinese-funded bank licensed to conduct banking operations in Mauritius. It mainly engaged in corporate banking activities, and will play a key role in developing Mauritius as the Chinese Renminbi (RMB) clearing center for the African continent. Also, it will serve as a bridge of economic and investment contacts between China and Mauritius.

To better serve Chinese outbound tourists, investment, and commerce activities, China’s UnionPay jointly issued the UnionPay Diamond Card with the ABC Banking Corporation in 2017, which was the first in Africa.

Today, UnionPay cards are widely accepted at all merchants with POS terminals, including airports, hotels, restaurants and entertainment places.

A small step in FTA, a giant leap in China-Africa ties

Established in 1992, the Mauritius Freeport (free-trade zone) is a customs-free zone for goods destined for re-export.

China is Mauritius’ second largest trading partner and its biggest source country of import. Investment also becomes the most potential field of the bilateral trade and economic cooperation.

When the China-Mauritius free trade agreements complete, it will not only further expand bilateral trade and investment exchanges, but also inject fresh and strong momentum to the transformation and upgrade of the comprehensive relationship between China and Africa. It will also set good examples for China and Africa to conduct more free trade negotiations and connect the Belt and Road Initiative with African development plans.