BEIJING, Sept. 3 (Xinhua) -- China and Mauritius are preparing for the final signing of a bilateral free trade agreement after concluding months-long negotiations Sunday, according to the Ministry of Commerce (MOFCOM). 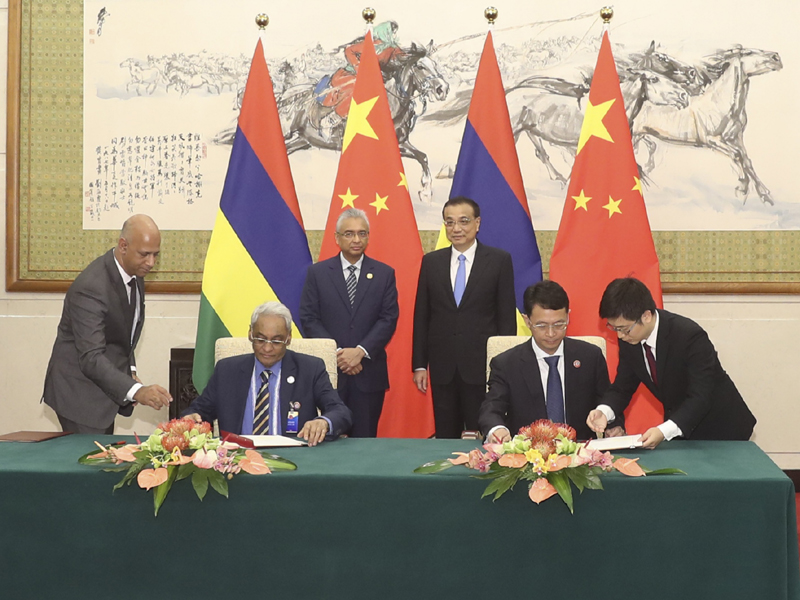 Witnessed by Premier Li Keqiang and Mauritian Prime Minister Pravind Jugnauth, minister-level officials from both sides signed a memorandum of understanding on wrapping up the talks, leading to the first free trade agreement between China and an African country.

The negotiations, which started in December, have realized goals for a comprehensive, high-level and mutually beneficial deal covering trade in merchandise, services and investment as well as economic cooperation, the MOFCOM said in an online statement.

China and Mauritius will conduct a legal review of the negotiation outcomes and the agreement text to make preparations for sealing the deal, the ministry said.

Analysts believe the free trade deal will offer a strong institutional guarantee for expanding economic and trade relations between China and Mauritius and better align the Belt and Road Initiative with Africa's economic integration.

China has been Africa's largest trading partner for nine consecutive years, with bilateral trade rising 16 percent year on year to $98.8 billion in the first half of 2018.