YANGON, July 8 (Xinhua) -- A seminar on China-Myanmar sustainable development and cooperation under the China-Myanmar Economic Corridor was held in Myanmar’s Yangon Monday. 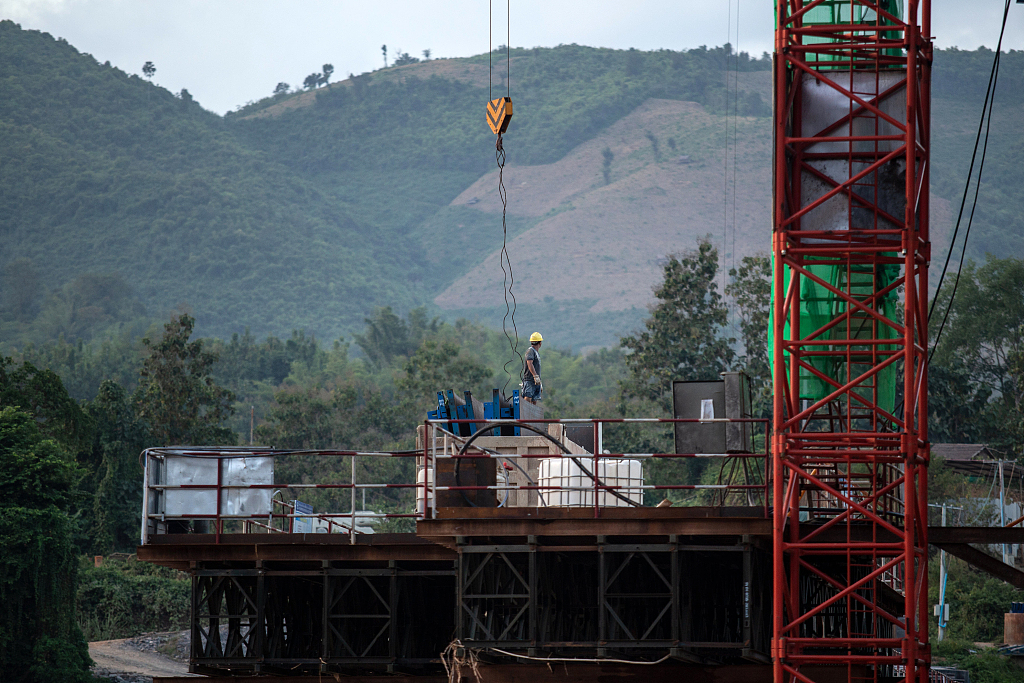 A worker stands at the construction site of the Ban Ladhan Railway bridge, a section of the China-Laos Railway built by the China Railway Group Ltd., on the Mekong River in Ban Ladhan, Luang Prabang province, Laos. (File photo: VCG)

The seminar was jointly hosted by the Center for Myanmar Affairs Studies, Myanmar and the Institute of Myanmar Studies, China’s Yunnan University.

The Monday seminar featured discussions under the topics Green Energy Technologies and Sustainable Development, Governance: Problems and Challenges, and Progress of the China-Myanmar Economic Corridor, respectively.

During the discussions, Zaw Aung, an independent researcher, said that the China-Myanmar Economic Corridor (CMEC) is a two-way connectivity between Myanmar and China and is mutually beneficial to both countries from bilateral trade and investments.

The CMEC is an important impetus for the sustainable development of Myanmar’s economy through attracting the investment of the neighbor countries, mainly China, ASEAN (the Association of Southeast Asian Nations) and East Asia, he added, stressing that the China-Myanmar Economic Corridor which is a part of the Belt and Road Initiative (BRI) will play a significant role in the logistic and trade infrastructure investments in next decade.

With five Chinese scholars from Yunnan University and 13 Myanmar scholars taking part in the discussions, the seminar was the second edition after the first seminar was held in May, 2018.

It was learnt that under the CMEC, the Myanmar government agreed to establish three economic border zones in Kanpikete town of Kachin state, Chinshwehaw and Muse of Shan state, respectively.

According to official figures, border trade between Myanmar and China has reached over 4.3 billion US dollars as of June 14 in present fiscal year 2018-2019.

Meanwhile, Myanmar Investment Commission (MIC) has permitted a total of 82 Chinese investment projects with the capital of over 323.3 million US dollars as of May 31 in FY 2018-2019, according to figures from the Directorate of Investment and Company Administration (DICA).