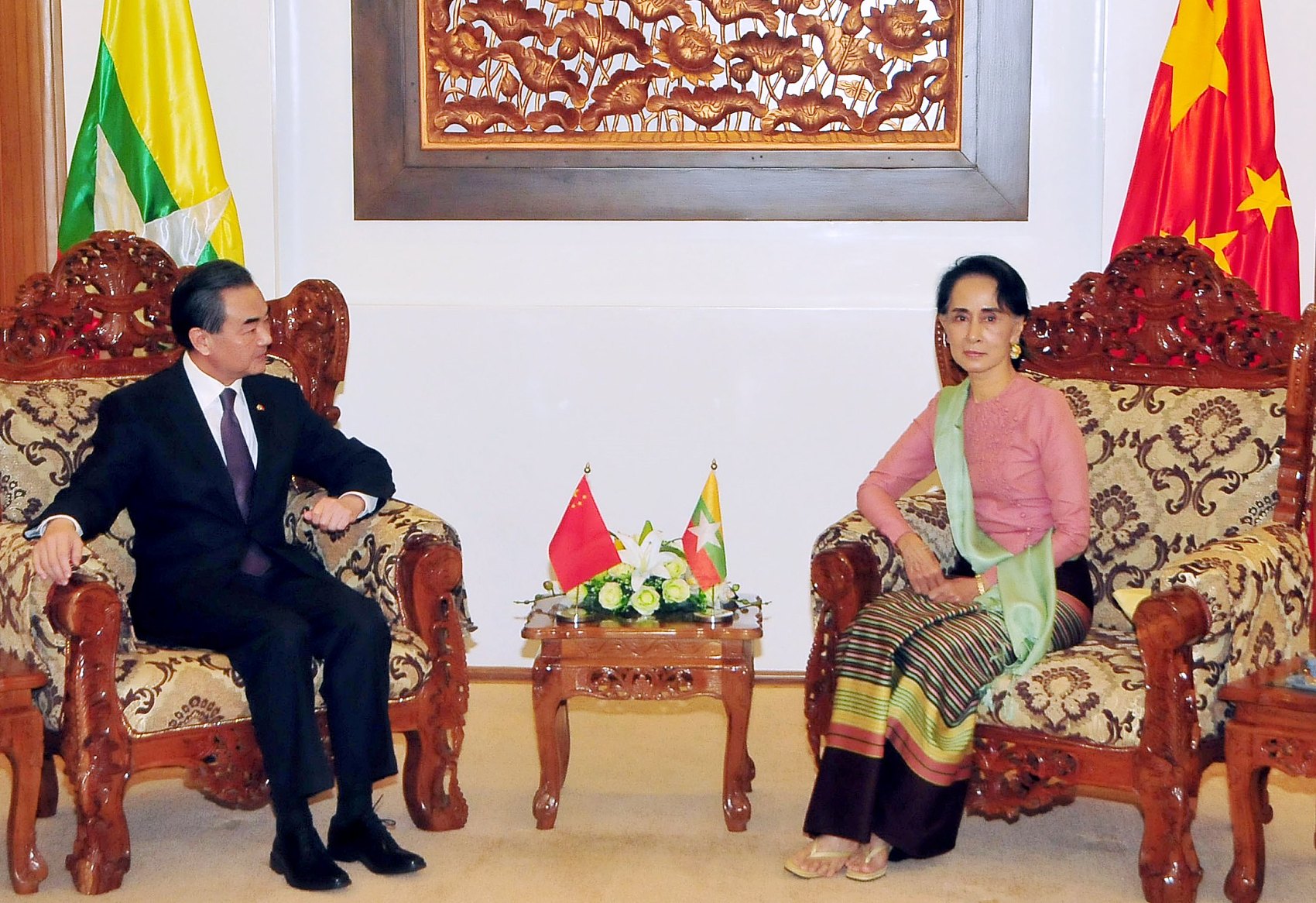 At his meeting with Myanmar’s State Counsellor and Foreign Minister Aung San Suu Kyi on Sunday, visiting Chinese Foreign Minister Wang Yi proposed a China-Myanmar economic corridor, which will start from Southwest China’s Yunnan province and extend to the central Myanmar city of Mandalay, and then east to Yangon and west to the Kyaukpyu Special Economic Zone. The plan, Wang said, will be made in accordance with Myanmar’s national development plan and actual needs to strengthen the comprehensive strategic cooperative partnership between the two countries.

Given the complementary economic nature of China and Myanmar, the proposal, if realized, will serve as a flagship project of the Beijing-led Belt and Road Initiative. For China, the economic corridor would open its less developed southwestern region to overseas markets, contributing to the local economy and China’s poverty alleviation efforts.

The proposed China-Myanmar economic corridor, which can build synergy with the Bangladesh-China-India-Myanmar economic corridor, has the potential to expedite trade between China and the regions beyond Myanmar, including Bangladesh and India, even the Middle East via the sea route, while enhancing China’s land connectivity with the Bay of Bengal. Its effects could further boost global confidence in the Belt and Road projects and give rise to closer transnational cooperation under the framework.

Myanmar, too, is expected to greatly benefit from China’s proposal in terms of infrastructure and poverty alleviation. Myanmar’s “underdeveloped” infrastructure — which among other things is responsible for power shortage, ill-maintained roads and sky-high logistics costs — has kept many investors away. That could change if the bilateral economic corridor that prioritizes connectivity is implemented.

The latter, in particular, will help ease the conflicts between local Buddhists and Muslims in the Rakhine state, which has forced hundreds of thousands of Rakhine residents to flee the country. The consequences could have been less serious had Myanmar effectively reduced poverty and distributed social resources in a fairer manner. The China-Myanmar economic corridor could also help secure regional stability, which is key to nipping terrorism and extremism in bud.

China and Myanmar also have a lot to gain from cooperation on the economic corridor projects. On the one hand, an increasing number of Chinese enterprises have felt the urge to invest in overseas markets and strengthen production capacity cooperation with the countries in need, and developing economies such as Myanmar are an ideal destination. On the other hand, Myanmar needs Chinese investment to bolster its lackluster industrial sector, especially because many Western investors are reluctant to venture into the Myanmar market.

Besides, closer ties with the Chinese market of more than 1.3 billion people and increased people-to-people exchanges will be more than a bonus for Myanmar.

An important fact to note is that the economic corridor is not exclusive, and welcomes other countries to join it. The opportunities should not be missed by other countries, because with more participants on board, the project could expand and become more mutually beneficial.

Sufficient funding, for one, is a necessity and should be provided by multiple parties, including the governments and enterprises of China and Myanmar as well as international organizations, through multiple channels.

Of course, the security risks require deft handling as the economic corridor will extend to the region near the conflict-prone states and the Golden Triangle straddling Thailand, Laos and Myanmar, where opium smuggling and human trafficking are still rampant.