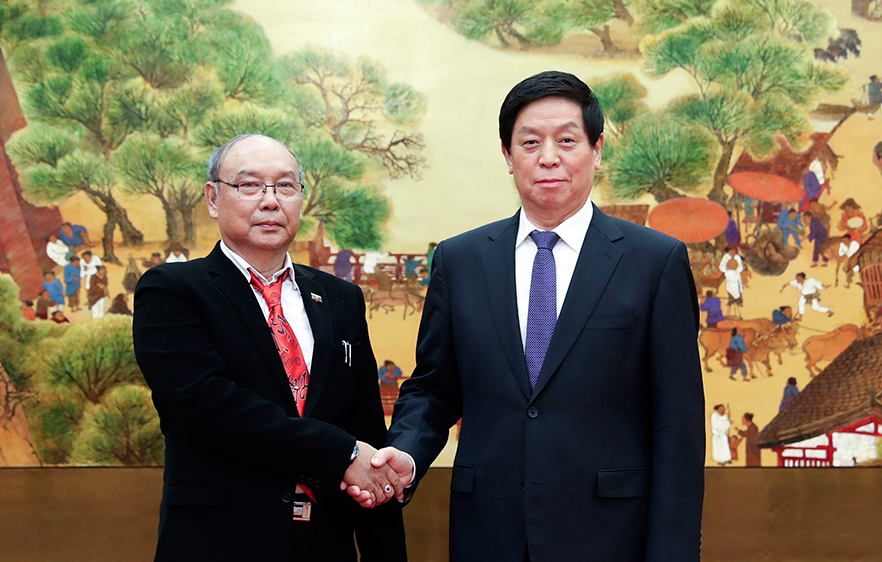 Li said the leaders of the two countries had multiple in-depth strategic communications in recent years and guided the development direction of bilateral comprehensive strategic cooperation.

He called on the two sides to adhere to the "Five Principles of Peaceful Coexistence" and consolidate the "paukphaw" friendship between the two countries.

Li said China and Myanmar are neighbors linked by mountains and rivers, and China is willing to work with Myanmar to enhance its comprehensive strategic cooperation and be good neighbors, good friends and good partners forever in accordance with its neighborhood diplomacy of amity, sincerity, mutual benefit and inclusiveness.

At present, China and Myanmar face the important task of developing their economies and improving people's wellbeing, Li said. "China is ready to work with Myanmar to consolidate the sound development momentum of bilateral ties and support each other to realize their development goals."

Li called for more coordination on building the China-Myanmar economic corridor under the Belt and Road Initiative and on implementing projects assisted by China.

Li also expressed his hope that Myanmar would take measures to prevent the escalation of conflict in northern Myanmar, and ensure the safety of Chinese personnel and institutions along the border.

China's NPC is willing to work with Myanmar's Union Parliament to keep high-level visits, enhance exchanges in various levels and have communication in legislative cooperation and governance experience, Li said.

U Mahn Win Khaing Than said the friendship between Myanmar and China was beneficial to both countries, the two peoples, and regional peace and stability.

He said Myanmar appreciated China's development achievements and expected to learn from China.

Myanmar is ready to have close coordination with China to strengthen pragmatic cooperation in various areas, he said.