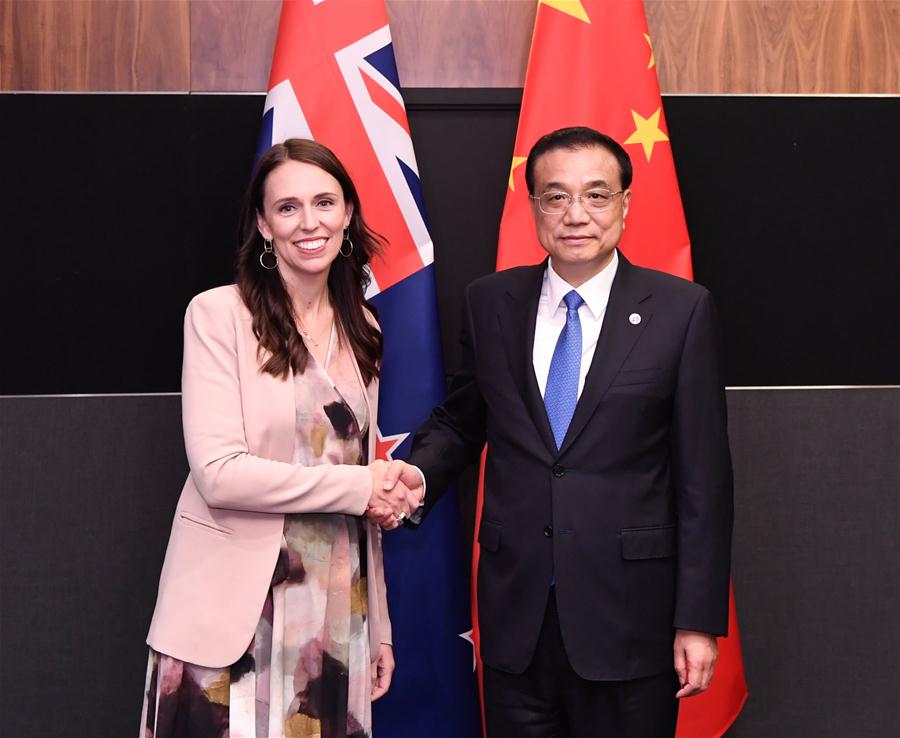 The agreement came as Chinese Premier Li Keqiang met with New Zealand Prime Minister Jacinda Ardern on the sidelines of a series of leaders' meetings on East Asian cooperation here this week.

China-New Zealand FTA, signed in 2008, is the first FTA between China and a developed country.

"China is willing to work with New Zealand to continue advancing the upgrade of the FTA in a positive and pragmatic spirit so as to further expand the two-way trade and investment," said Li.

Ardern said that by promoting FTA upgrading, New Zealand and China have sent a clear signal to the world that the two nations are committed to upholding free trade and further opening markets.

Li said Chinese government supports Chinese companies to invest in New Zealand and hopes that New Zealand can provide a fair and transparent business environment for them.

He also encouraged New Zealand companies to expand investment in China and boost technological cooperation with China, saying that China will conduct the cooperation on the basis of strict protection of intellectual property rights.

Li said that facing the current international political and economic situation, China stands ready to work with all relevant parties to push for an early conclusion of the Regional Comprehensive Economic Partnership (RCEP) talks so as to safeguard multilateralism and free trade.

The RCEP is a proposed FTA between the 10 member states of the Association of Southeast Asian Nations (ASEAN) and the six FTA partners of ASEAN -- China, Japan, South Korea, Australia, New Zealand and India.

It is expected to be one of the world's largest trading blocs, accounting for 45 percent of the world population, 40 percent of global trade and one third of the global GDP.

Noting that New Zealand has attached great importance to its ties with China, Ardern said the bilateral cooperation has yielded fruitful results as the two nations created many "firsts," which are not only conducive to both sides' development but also to the regional prosperity.

New Zealand will continue its positive policy toward China, which includes the cooperation with China on the Belt and Road Initiative, promoting the trade on dairy and wooden products and sharing the technology and experience in the areas such as agriculture, Ardern said.

She said New Zealand would like to strengthen cooperation and coordination with China under multilateral frameworks, and enhance communication on the issues including the reform of the World Trade Organization and climate change in order to contribute to the peace and prosperity of the Asia Pacific region.