The 2018 Beijing Summit of the Forum on China-Africa Cooperation (FOCAC) was held on September 3 and 4, during which Chinese President Xi Jinping and African leaders gathered for discussion on future cooperation and development blueprint. 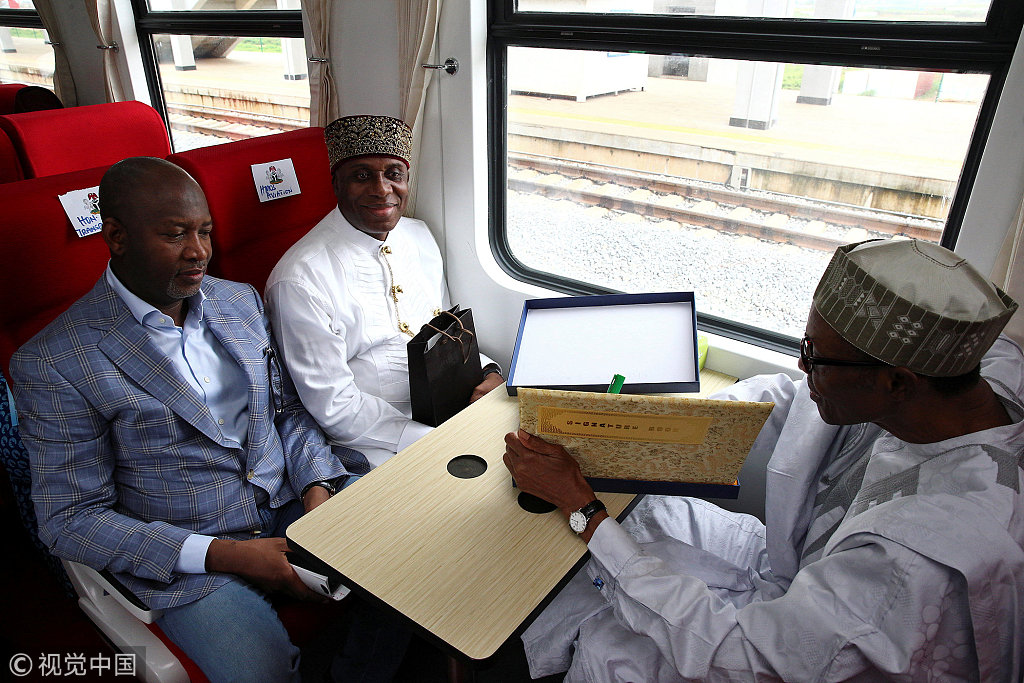 President Muhammadu Buhari of Nigeria paid a state visit to China in April 2016, making him the first African head of state received by President Xi in Beijing after the Johannesburg Summit of the FOCAC. Under the guidance of the state leaders of both countries, China-Nigeria relations have entered a new stage of rapid development.

The two countries have deeply built political mutual trust, as well as enhanced trade and investment cooperation. It can be shown by the currency swap agreements signed by the two countries, and the strong momentum gained by the “Made-in-Nigeria with China” initiative.

In addition, the thriving Ogun-Guangdong Free Trade Zone and the Lekki Free Trade Zone, the delivery of China-made offshore patrol vessels, the emergency food aid, and the vigorous agricultural demonstration park funded by Chinese company all reveal the closer cooperation between China and Nigeria.

More projects undertaken by Chinese companies are under construction in Nigeria, such as the largest port of West Africa Lekki Deep Sea Port, Nigeria’s largest hydropower plant Zungeru hydroelectric power plant, and the modern rail line between Lagos and Ibadan which was commenced in March 2017.

Major cooperative projects undertaken or partially funded by Chinese enterprises have created tens of thousands of jobs for Nigeria, and also led the way to African market for China's technologies, standards, equipment, and management.

President Buhari has said in many occasions, "We send our gratitude to Chinese people for all their support to Nigeria. Since independence, no country has helped our country on infrastructural development except Chinese people. In some projects, Chinese help us with 85 percent payment, and soft loans that span 20 years. No country has done that for us ever before."

The joint construction of the Belt and Road Initiative will bring more resources and approaches, expand the market and space, and create a promising future for Africa’s development.

Nigeria is looking forward to further deepening cooperation under the Belt and Road Initiative.

The author, Zhou Pingjian is Chinese Ambassador to Nigeria.