Chinese President Xi Jinping and Oman's Sultan Qaboos Bin Said exchanged congratulatory messages on Friday, announcing the establishment of strategic partnership between the two countries and hailing the 40th anniversary of the establishment of their diplomatic relations. 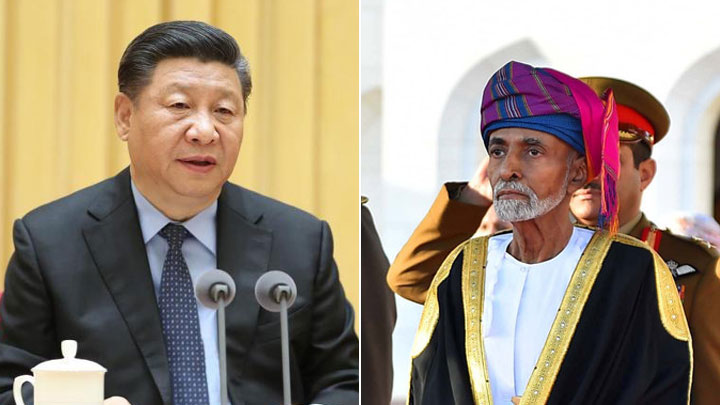 In his message, Xi said during the past 40 years since China and Oman established diplomatic relations, the governments and people of the two countries respected each other, treated each other on equal footing and forged deep friendship.

Bilateral ties have undergone fast and comprehensive development and achieved sound results in cooperation in various fields within the framework of the Belt and Road Initiative, which have brought the two nations and two peoples tangible benefits, Xi said.

Xi added that he highly values the development of China-Oman relations and is willing to announce upgrading bilateral ties to strategic partnership together with Qaboos, using the 40th anniversary of the establishment of diplomatic relations as an opportunity.

Xi said he believes that such moves will provide a strong political guarantee for the development of bilateral ties, lead the two countries to achieve more results in Belt and Road cooperation, safeguard the two sides' common interests in international and regional issues so as to elevate bilateral relations.

Qaboos said Oman attaches great importance to its relations with China and cherish positive outcomes of bilateral friendly cooperation over the past 40 years.

Oman is ready to establish and continuously strengthen the strategic partnership with China to further promote their common interests, Qaboos said.