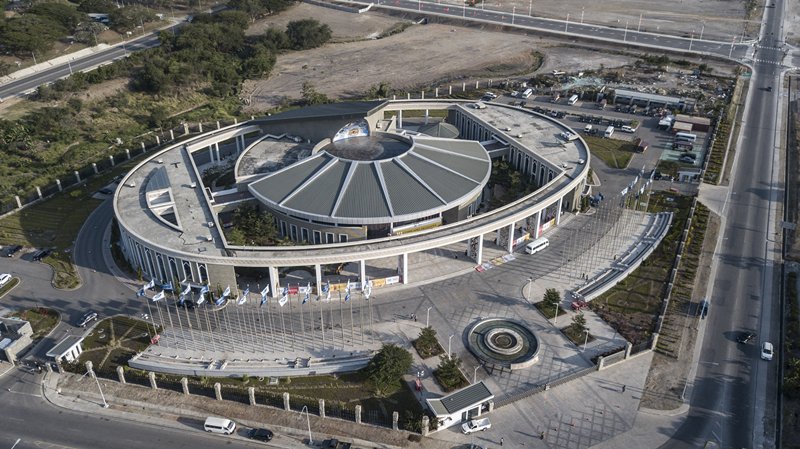 Xi presided over the meeting and delivered a keynote speech, proposing suggestions on the development of China's relations with Pacific island countries under new circumstances, stressing that the two sides should seize the opportunity and jointly work for a better future.

Mutual respect and strategic mutual trust are the political foundation of the strategic partnership between China and South Pacific island countries.

Pacific island countries have provided long-term and strong support for China on the issues related to its core interests and major concerns. China holds the principle of sincerity, real results, affinity, and good faith and the principle of upholding justice while pursuing shared interests.

China respects the wills of South Pacific island countries on the issue of foreign aid. It never interferes in the countries' internal affairs, never imposes its will on them, and attaches no political conditions, which is widely welcomed and recognized in the South Pacific region.

China is willing to expand practical cooperation with Pacific island countries in investment and trade, and welcomes them to actively participate in the joint construction of the Belt and Road Initiative in accordance with their own conditions, advantages, development strategies and planning.

China is willing to carry out trilateral cooperation with other countries in the South Pacific region for complementary advantages, and help Pacific island countries improve infrastructure and people’s livelihood, as well as achieve sustainable development goals, and make contribution to the development and prosperity of the region.

South Pacific island countries were enslaved by colonialism and imperialism, as a result of which the foundation of their economic development remains weak till this day.

China believes it’s better to “pass on fishing skills” than to “hand out fish” when offering aid and assistance. It helps each country to overcome development bottlenecks, enhance development capabilities, and promote independent sustainable development.

Some western media said China’s aid has further burdened Pacific island countries financially and led to the so-called “debt trap”, which is nothing but nonsense. It is for the peoples of Pacific island countries to judge the performance of China’s aid. Recently, both leaders and peoples of these countries have voiced that China is an important partner for them to realize development visions, improve people’s livelihood and cope with global challenges.

Over 100,000 Chinese tourists visit Pacific island countries each year, and large numbers of young students, government officials and technicians of these countries have come to China for further study and researches. The two sides have also held frequent exchanges of art troupes. The Chinese naval hospital ship Peace Ark has visited PNG, Fiji, Tonga and Vanuatu, offering humanitarian medical services for over 20,000 patients in these countries.

Xi said that China will continue to increase exchanges and cooperation with Pacific island countries in culture, education, medical services, sports, youth and human resources training. China also welcomes friends from these countries to visit, study, invest or do business in China. This will help deepen mutual understanding and friendship between the peoples and carry forward their friendship from generation to generation, Xi noted.

(The author, Jia Xiudong is a researcher of the China Institute of International Studies)