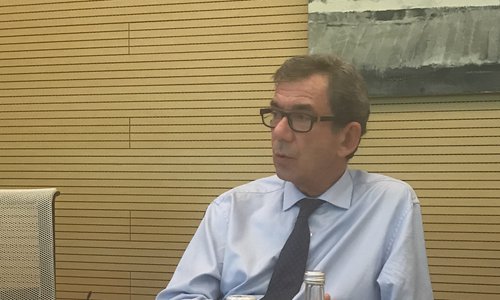 During Chinese President Xi Jinping's visit to France in March, the cooperative relationship between China and France made great progress in various sectors. Pork trade is a representative step in the agricultural sector and the two countries will fully cooperate in this industry in the future, the ambassador said at a press briefing in Beijing.

"France is not affected by African Swine Fever (ASF). Our food safety is definitely an advantage and all exports to China will undergo strict examination by all standards," the ambassador said.

The scale of shipments wasn't disclosed at the press briefing, but the ambassador said the specific topic may be addressed in the second Belt and Road Forum late this month. He also said that China and France could deepen cooperation in epidemic detection and control.

"[China and France] have carried out a lot of practical plans and detailed measures to promote our cooperation [in all aspects]," he added, noting that the two countries are both advocates of trade multilateralism.

Due to the ASF, 2018 pork production in China decreased by 0.9 percent year-on-year and swine herds decreased by 3 percent, according the National Bureau of Statistics.

For the first two months of 2019, China imported 207,000 tons of pork, up 10.1 percent year-on-year, data from China's Ministry of Agriculture and Rural Affairs showed.