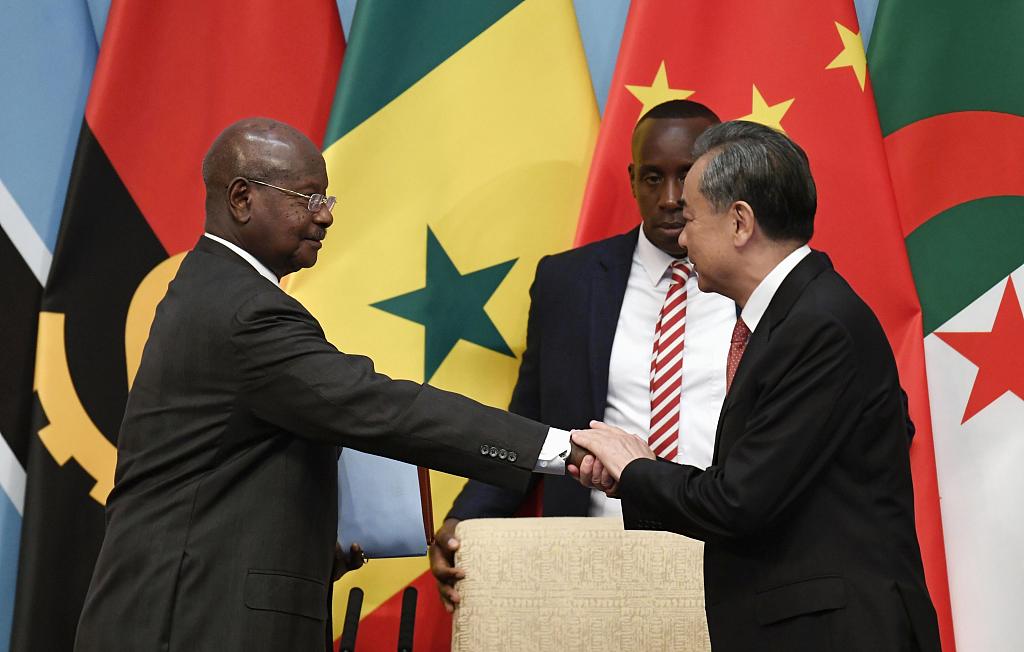 The China-proposed energy initiative called Global Energy Interconnection (GEI) can promote the socio-economic development in Africa and open up a new chapter of China-Africa energy and power cooperation.

In 2015, China proposed the GEI initiative with a view of meeting the global power demands with clean and green alternatives. Nowadays, GEIDCO currently has 756 members from 106 countries across five continents, with 42 cooperation agreements signed.

"Like many African countries, Burkina Faso owned very low grid coverage and a large number of people do not have access to electricity, but our country is rich in solar resources," Burkina Faso's Minister of Energy Bachir Ismael Ouedraogo told Xinhua.

By 2050, when the global energy interconnection will be completed, the general output of Africa's metallurgical sector and exports of mineral products will exceed 480 billion and 100 billion U.S. dollars respectively, creating over 100 million jobs, according to estimates by GEIDCO.

Africa is a promising market for China Three Gorges Corporation, which has some clean energy projects such as hydropower, photovoltaic and wind power in several African countries, said Wang Lin, general manager and board director of the company.

Wang added that the hydropower station built by China Three Gorges in Uganda brought a 20-percent increase in Uganda's electricity supply as well as the transmission of electricity to neighboring countries.

GEIDCO data showed that the proven reserve of fossil fuels in Africa is only 3.4 percent of the world's total. However, according to Yu Jun, general manager of China Electric Power Equipment and Technology Corporation, the electricity supply still largely depends on that.

The technically available potential of hydro, solar and wind power respectively accounts for 12, 32 and 40 percent, said Yu, adding that clean energy would become the basis of Africa's sustainable development in the future.

Jeffery Sachs, a special adviser to UN Secretary-General on sustainable development goals, believed the problems of energy shortage in Africa should be solved in a clean and green way, noting that the idea of interconnection is extremely important.

Energy interconnection can help overcome the challenge of intermittency, said Sachs, explaining that people in one place couldn't get access to solar and wind power all the time while interconnection could ensure an average level of energy for all participants.

"The Belt and Road Initiative (BRI) and the GEI should be working together," said Sachs, adding that the BRI could provide infrastructures to GEI and gain sustainable momentum with its help.