Note: The following article is taken from the Chinese-language "Commentaries on International Affairs". 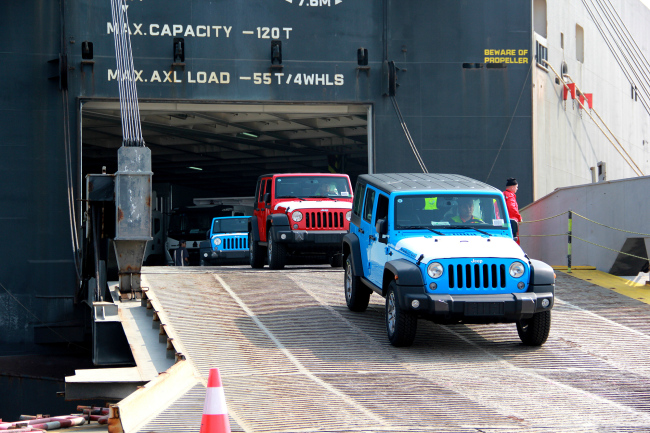 This response to a recently-announced U.S. tariff hike on goods from China is a necessary measure Beijing has taken to counter Washington’s unilateralism and trade protectionism. These new measures show once again that China will never bow to extreme pressure, and that it is willing to use precise and rational countermeasures in response to pressure from Washington.

A few hours later, the U.S. side threatened to raise its top tariff rate from 25 percent to 30 percent. This hasty and irrational reply shows that Washington is trying to play hardball after being caught off guard by China’s determined action. This is tantamount to bullying, and is a blatant double standard, as it’s not prepared to accept other countries using tariffs as a measure of protection.

American soybean farmers will be one of the biggest victims of Washington’s willful behavior. China has historically been the largest market for U.S. agricultural exports. In 2017, 57 percent of U.S. soybean exports were destined for China. But the figure has fallen to 17.9 percent since the U.S.-provoked trade frictions began early last year. After President Xi Jinping and President Trump reached a consensus at the G20 Osaka meeting in June, China resumed imports of U.S. soybeans according to its domestic demands. But the progress was again interrupted due to Washington’s backtracking on the consensus, which damaged the conditions necessary for carrying on with the terms on agricultural trade. According to U.S. Agriculture Department estimates, American soybean farmers are expected to be left with a record high level of ending stocks of over 1 billion bushels in the marketing year that ends on August 31.

American-produced crude oil has for the first time been included in the items targeted by China’s countermeasures. Last year, the United States became the world's largest oil producer, and China the third largest importer of U.S. crude oil, taking 11 percent of American crude exports. That share has dropped to 2.6 percent due to escalating trade tensions provoked by Washington.

Shortly after Beijing’s announcement on Friday, White House trade adviser Peter Navarro claimed that the 75 billion U.S. dollars worth of tariffs “is not something for the stock market to worry about.” But the three major U.S. stock indexes dived right after the bourses opened for trading.

Mark Zandi, the chief economist of Moody’s Analytics, warned that the U.S. is already on the brink of a recession, and if Washington continues to put pressure on China without restraint, it will “push the economy off the rails.” According to Zandi, Moody’s Analytics daily calculation of the odds of a recession in the next 12 months has reached 45 percent, based on inputs like credit spreads and stock volatility.

China has repeatedly voiced its willingness to adopt a cooperative approach to resolving the China-U.S. trade dispute. By announcing new countermeasures, Beijing once again sent out a clear signal that it will never give ground on issues of principle.