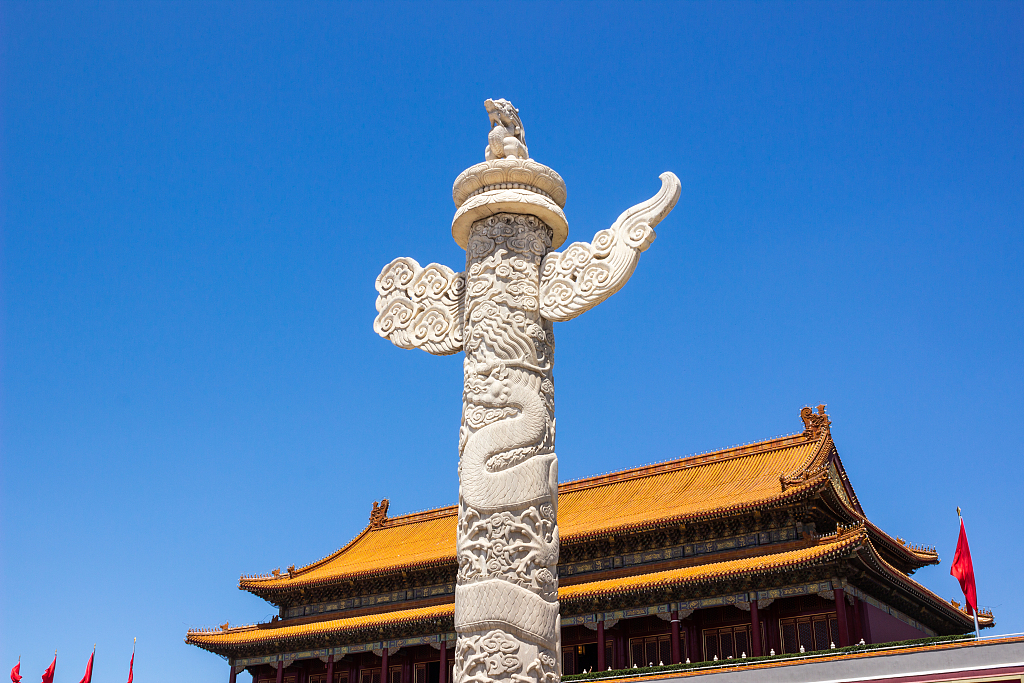 China has ranked first in terms of contribution to global economic growth since 2006, becoming the leading engine of world economic growth, an official report said Thursday.
In the past 70 years, China's proportion of major economic and social aggregate indicators in the world has further increased, its international status has been further enhanced, and its global influence has continued to grow, said a report released by the National Bureau of Statistics.
The report shows that from 1961 to 1978, China's average annual contribution to global economic growth was 1.1 percent, but from 1979 to 2012, the average annual contribution rate was 15.9 percent, ranking second in the world.
From 2013 to 2018, the average annual figure climbed to 28.1 percent, ranking first place globally, the report said.
In 2018, the ratio of China's contribution to global economic growth was 27.5 percent, 24.4 percentage points higher than in 1978, the report said.
Over the past 70 years, China's economic strength has grown remarkably.
In 1952, China's GDP was 30 billion US dollars, while in 2018, its GDP reached 13.61 trillion US dollars, an increase of 452.6 times.
In 1978, China's GDP ranked 11th in the world, while in 2010, it overtook Japan to become the second largest economy in the world, and has remained the second largest economy since then.