UNITED NATIONS, Sept. 25 (Xinhua) -- Chinese State Councilor and Foreign Minister Wang Yi and the Republic of Korea (ROK) Foreign Minister Kang Kyung-wha have agreed to boost ties based on closer coordination, during their talks Wednesday on the sidelines of the 74th session of the UN General Assembly. 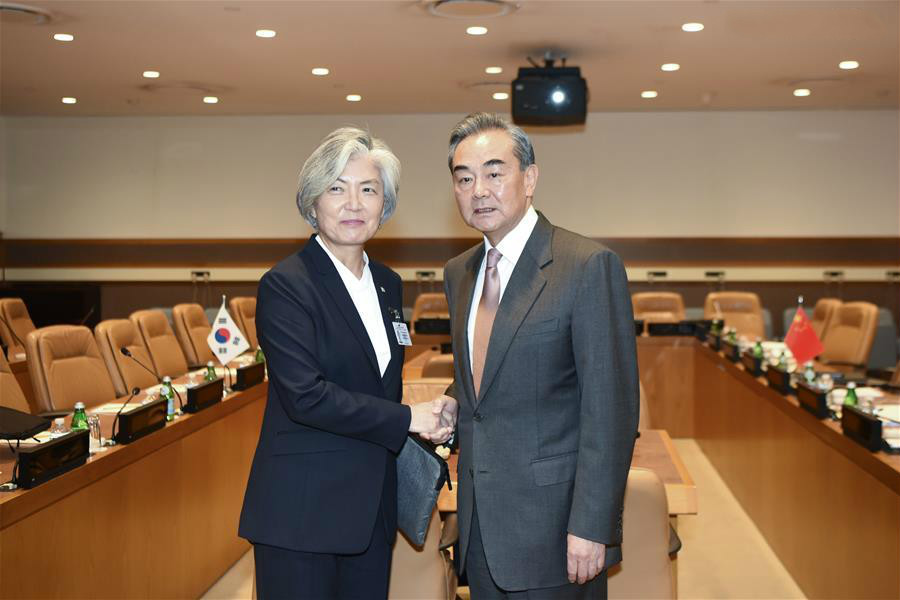 Noting that the bilateral relations are developing well under the guidance of the two countries' top leaders, Wang said China stands ready to work with the ROK in advancing the bilateral ties to a higher level.

He also expressed the hope that the two sides would strengthen the alignment of their development strategies, jointly develop third-party markets and speed up the second phase of the Sino-ROK Free Trade Agreement talks.

China and the ROK should enhance coordination and cooperation under the multilateral framework, and deepen cultural and people-to-people exchanges in the Winter Olympics, youth exchanges and other areas, Wang added.

Congratulating on the 70th founding anniversary of the People's Republic of China, Kang, for her part, said that the ROK would like to expand pragmatic cooperation with China in various areas and push forward the alignment of China's Belt and Road Initiative with the ROK's development strategy.

Under the current circumstances, it is crucial for the two countries to maintain close communication on bilateral relations and the regional situation, Kang noted.

The two also exchanged their views about the situation on the Korean Peninsula.