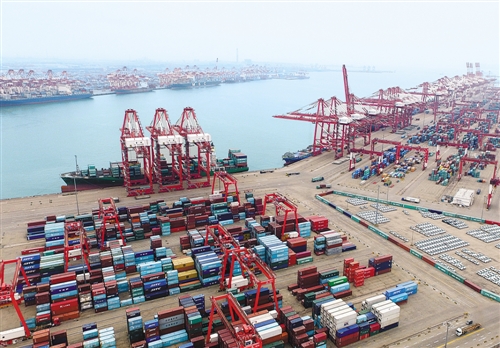 China's Belt and Road Initiative (BRI) has provided significant opportunities for China and other countries to cooperate in the fields including infrastructure and climate change in the South Pacific region, experts from China and Fiji said here on Tuesday.

Jointly organized by the Confucius Institute and the School of Economics of the University of the South Pacific (USP), a seminar on the Pacific Islands and the Belt and Road Initiative was held here on Tuesday with the participation of experts from China and Fiji, students, local Chinese community leaders and representatives of Chinese enterprises.

Wang Yiwei, a professor and director of the Institute of International Affairs at Renmin University of China, delivered a keynote speech on the South Pacific in the 21st Century Maritime Silk Road.

He said that the Belt and Road Initiative is to seek the way for the global prosperity.

"As the new engine of global economic growth, China brings its advantages in productivity, technology, funding, experience, and development into package and offer. The Belt and Road Initiative is the result of this and China's new phase of all-around opening-up," he said.

Desribed as the longest economic corridor across the globe, Wang said that the initiative has connected Asia-Pacific region, acting as the world economic engine, with the European Union (EU), and would create new opportunities and development space for the continent of Eurasia and formulate an economic radiated area in East Asia, West Asia and South Asia.

He told Xinhua that the goal of the initiative is to optimize allocation of resources and trade, to advance regional economic integration, and to realize the synchronous development of economy and society.

Seeing the initiative as a good thing for the world, including the South Pacific region, Wang said that it has brought tangible benefits to the world through foreign direct investments (FDI), tourists, international capacity cooperation and joint development of the third market.

Stressing that the initiative is a contribution China has made to the world, he said it can link projects into lines, and lines will grow into belts, zones, and economies of prosperity.

Wang believed that the initiative will have a bright future and urged the rest of the world to cooperate with China for common development through the initiative.

Echoing Wang, Neelesh Gounder, a lecturer of School of Economics of USP, said that the initiative offers a "China solution to global and regional economic issues" by promoting connectivity in policy, infrastructure, trade, finance and people-to-people links.

He, along with Wesley Morgan, a lecturer of School of Government, Development and International Affairs of USP, said that China has done a lot in the South Pacific region over the past years and there are significant opportunities for China and the region's traditional partners like Australia and New Zealand to cooperate in the fields such as infrastructure financing and climate change.

For his part, Keshmeer Makun, a lecturer of USP, told Xinhua that the Belt and Road Initiative is China's important initiative in shaping globalization with the rest of the world. Although it is from China, it is open to all countries willing to participate."

The global impetus of the initiative is growing. Multi-lateral and international organisations are calling on countries to strengthen regional cooperation via the initiative, he said.

Pacific island countries have benefited in terms of various infrastructure projects like roads, bridges, ports and hospitals which definitely will bring long term social and economic benefits, he said, adding if all countries work together, the initiative is going to be a game changer in terms of how countries engage with each other in mutually beneficial way.