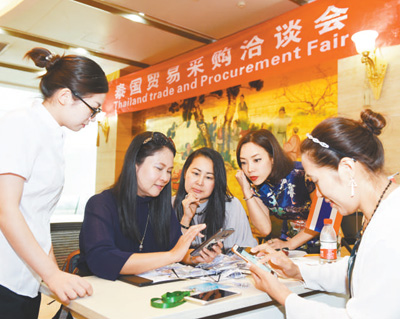 China's commitment to openness and multilateralism is a key stabilizer for the world amid rise of protectionism and unilateralism, experts across the globe have said.

"In a world of risks and uncertainties, China's openness and predictability have obviously become a key stabilizer factor," said David Gosset, a French expert on international relations and founder of the Europe-China Forum.

"While some sadly argue -- and act -- against the multilateralism which has been patiently established since the end of WWII, China speaks and behaves in order to protect multilateral mechanisms to tackle issues connected with trade, development, security and environment," Gosset said.

Referring to Chinese President Xi Jinping's speech at the just-concluded 13th G20 summit, Gosset said it is "a clear reaffirmation" of China's commitment to inclusive economic development and global stability in a world of unprecedented interdependence.

"In a time marked by fears, irrationalities and confusion, Xi Jinping is rightly calling for a rational approach to solve the issues we collectively face," Gosset said.

Addressing the summit, Xi called on G20 members to "stay committed to openness and cooperation, and uphold the multilateral trading system."

Abdul-Raouf Al-Sunni, a Sudanese political analyst, told Xinhua that the outcome of the summit is consistent with the ideas presented by Xi in his speech.

"In his speech, President Xi focused on importance of upholding the WTO's core values and fundamental principles such as openness, inclusiveness and non-discrimination and ensuring the development interests," he said.

"Argentina's objective is to sell its products, making them arrive at different markets, such as the Chinese market," Faurie said, while highlighting the contribution of the China-proposed Belt and Road Initiative to Argentina's development.

The G20 summit was concluded in Buenos Aires, capital of Argentina on Saturday.

On the sidelines of the summit, Xi and his US counterpart, Donald Trump, held a dinner meeting, during which the two agreed to continue the trade talks between the two countries.

The United States and China still share common interests in global and regional affairs such as counter-terrorism, non-proliferation, and prevention of epidemics, said Douglas Paal, vice president for studies at the Carnegie Endowment for International Peace.

Paal, who was on the National Security Council Staff between 1986 and 1993 as director of Asian Affairs, acknowledged that some in the United States claim it is time to adopt a more confrontational stance against China.

"But the Cold War-designed containment and confrontational strategy do not serve long-term interests of the United States, and it would not get the support of any other countries," he said.

Engagement and balancing should be the only option for US policy toward China, Paal said.